Christmas comes early to Kenyan Whiskey lovers as Glenmorangie unveils its one of its kind product in the market.

In an interview at Radisson Blu Arboretum, Hamish Torrie, Director of Corporate Responsibility said that Glenmorangie boasts the highest stills in Scotland, and is known for a very delicate, refined and light spirit.

He said that that the decision to set foot in Kenya was inspired for its position in the East African market and its rich hospitability.

“Kenya is rich when it comes to the culture of hospitability and its position in the East African market, it has become an epitome of international investors, and, “he said adding that the relationship between Kenya and Scotland also influenced the decision. 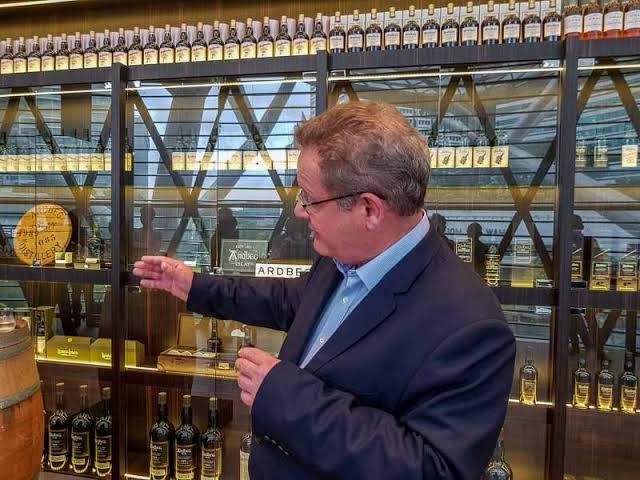 He pointed out that they will set a footprint in several major towns like Mombasa, Kisumu as well as in estates with hotels.

“We want the product to be in people’s menu everywhere they move, we want them to own it, it has been tested in various Countries and we believe Kenyans will love it,” Hamish Torrie said.

He noted that Glenmorangie is known for sourcing the best casks on the market, which is reflected very well in the quality of Glenmorangie single malts.

Mr Hamish Torrie said that they aren’t in the business to compete with others but to offer the best Whiskey to its customers.

Hamish Torrie, Director of Corporate Responsibility during an event at City hotel

“It’s not a question of how much we want to make, all that we want is to make our brand visible across the globe, we want to make Glenmorangie number one in people heart, “he said.

According to Antoinne Chidi, the Brand Ambassador Eat Africa, they are now introducing the product to various institutions as well as organizing VIP tasting and training on its importance.

“Glenmorangie means the valley of peace, blended with passion, while its prices are very accommodative to everyone, “he said.