Arsenal came from behind to draw 2-2 with Standard Liege in their last Group match in the Europa League this season. Freddie Ljungberg made changes to the team that beat Westham on Monday by recalling the likes of David Luiz, Matteo Guendouzi and Bukayo Saka.

The team played a disjointed match in the first half but was unlucky not go into the half leading, first Bukayo Saka had two glorious opportunities while Emile Smith Rowe also went close. 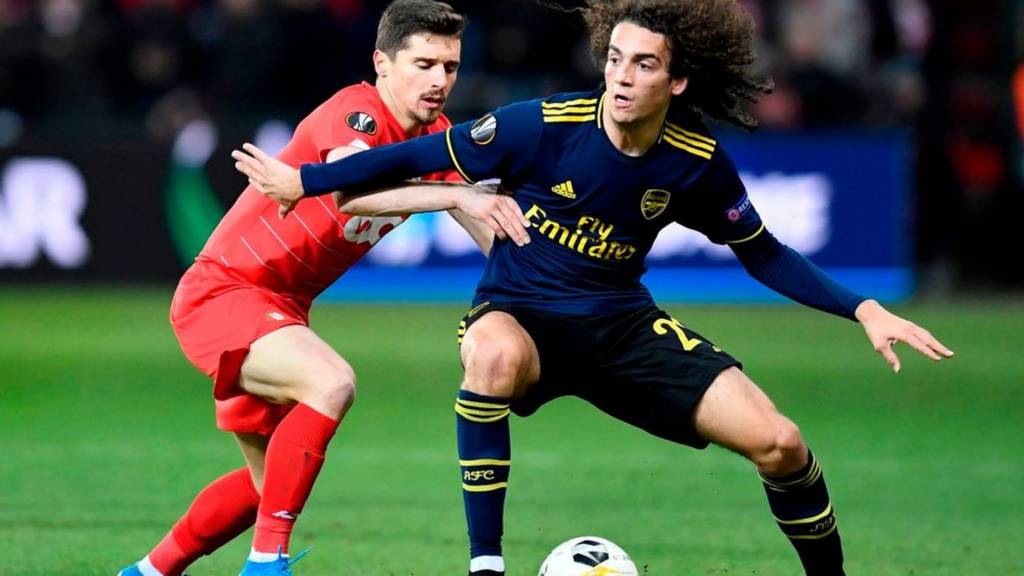 The home team opened the scoring just two minutes after the restart when Samuel Bastien spied in the box to leave Willock and Gunedoui helpless before slotting home with his left foot.

It was two 20 minutes later through a deflected strike that came from the foot of Selim Amallah. Arsenal made a change and introduced Gabriele Martinelli in place of Sokratis and the young Brazilian quickly changed the game.

He fed a very good ball to Bukayo Saka who crossed one time for Alexandre Lacazette to score his sixth goal of the season with a bullet header. Two minutes later Arsenal was level after Bukayo Saka drove an unstoppable shot that left the keeper with no chance.

The point ensured that Arsenal leads the Group with 11 points while Eintracht Frankurt comes in second despite losing at home 3-2 to Vitoria Guimaraes.

Next up for Arsenal is a Premier League encounter with Manchester City at the Emirates Stadium on Sunday.