Liverpool are set to sign Japanese midfielder Takumi Minamino from Austrian side RB Salzburg in January after activating his release clause of 7.2 million pounds, this is according to reports in the UK.

The attacking midfielder has been in fine form for Salzburg this campaign and stole the show during Champions League clashes against Liverpool this season. He was particularly during the 4-3 defeat at Anfield earlier this season. 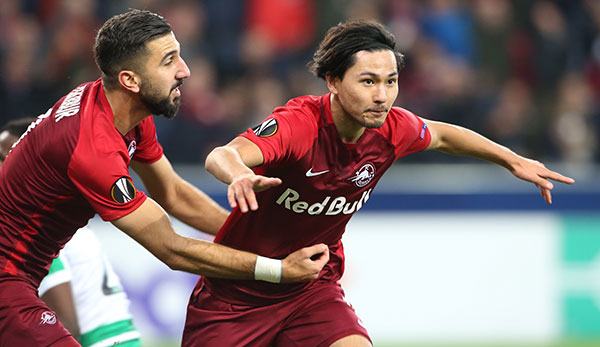 The Independent now reports that the midfielder is set to join Liverpool in January after the Reds activated his released clause. Manchester United and several German clubs were also closely monitoring the 24-year old.

Salzburg Sporting Director, Christoph Freund has earlier this season admitted that Minamino is ready to make a big career move after four years in Germany. He joined the club from the Japanese side, Cerezo Osaka in 2015 and has made close to 150 appearances for the Austrians.

Should he complete a move to Anfield, he will link up with two ex-Salzburg players. Sadio Mane and Naby Keita both turned out for the Austrians before moving to Southampton and RB Leipzig respectively and later Liverpool.

His signing also presents a commercial value for Liverpool as it will help them break into the Japanese market.