Italian giants Napoli have sacked coach Carlo Ancelotti shortly after qualifying for the UEFA round of 16 following their 4-0 win over Genk.

The dismissal comes in the wake of a reported fall out between the veteran tactician and Napoli president Aurelio De Laurentiis, a row that had directly affected the team as the side had failed to register a win in nine before the Genk rout. 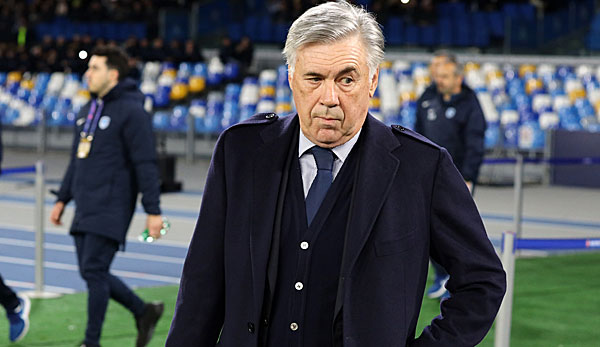 The fall-out came as a result of Ancelotti’s backing of players after  Laurentis decided to fine them over an internal mutiny. The tactician refused to back leading to the row.
Before the match against the Belgians, reports of Ancelotti’s imminent dismissal were rife with major Italian outlet reporting that he will be dismissed on Wednesday morning but it appears the club hierarchy decided to bring the announcement forward.

Former AC Milan player and coach Gennaro Gatusso is expected to replace Ancelotti on an initial six-month contract. Interestingly, Ancelotti coached Gatusso during his time as a player at Milan.
The 60-year-old has already been linked with two English clubs. Arsenal who fired Unai Emery a fortnight ago are said to be keen on bringing the former Chelsea coach back to London. Everton too who are without a coach since Marco Silva’s dismissal are interested in the Italian.