Mr Seed and Nimo welcomed their baby boy in on Tuesday, March 6 2018.

Since then they have only been posting his hand, lips, legs but never revealed his face. The couple surprised netizens after they shared a photo of their adorable baby boy, Gold Kristen Omondi. Mr Seed and Nimo opened an Instagram account for their little champ which currently has 17,000 followers. His page features some of his precious moments and outfits.

The Seed family have finally unveiled his face for the first time and truth be told he is a handsome one! Fans could not keep calm. Some think he has taken after the father while others think baby Gold resembles his mother especially the eyes. 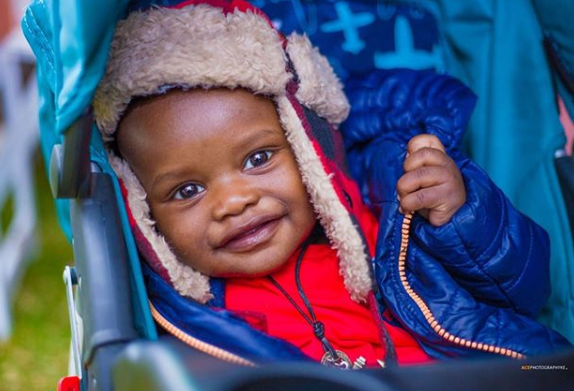 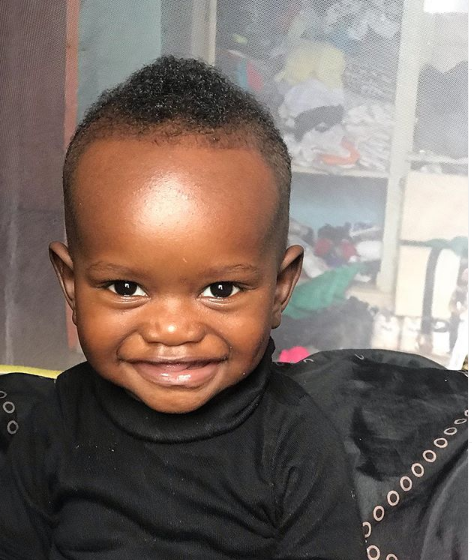 Mr Seed dropped a new jam, Lovi Lovi which was dedicated to his baby boy. The gospel artist revealed that when baby Gold was born he cried but after he held him and played for him the song he stopped crying. He later added that the song lovi lovi was recorded before Gold Omondi was born.

“Nine months ago GOD BLESSED ME WITH A SON … I named him GOLD KRISTEN OMONDI ( @king_goldofficial )
This boy came with a lot of blessings in our lives… A HAPPY BOY ALWAYS SMILING AND LAUGHING… I remember after alizaliwa he started crying then nikamhold n the 1st song I played for him was LOVI LOVI which I recorded before he came to our lives .. immediately he stopped crying hapo nikarealize this boy loves music .. .. to cut the long story short .. I wanna let the whole world know how much joy this boy brought to me and his mum @nimo.o_
To my wife @nimo.o_ thank you so much for carrying my child n for doing life with me .. I LOVE YOU BOTH SO MUCH!! GOD KNOWS. CLICK THE LINK IN MY BIO WATCH OUR NEW SONG,” he stated.