A Kisii County Member of County Assembly has become the butt of joke after a video of him emerged ‘murdering’ the respectable Queen’s language as shocked residents giggled in muffled tones.

The county leader who has since been identified as Kisii Central Ward MCA Kebabe Kefa Mogaka had just launched a borehole in his ward when he decided to flex his mastery of the English language.

However, things would literally get out of hand as MCA Mogaka struggled to make complete coherent sentences in front of his audience who did nothing to save his face.

“Which kind of a leader are you are (sic) as if you are not…those ones who are there during when I was outside of the…the county,” MCA Mogaka blurted.

Mogaka was particularly appalled by what he termed as sabotage by other area leaders who were opposed to his projects.

He assured residents of more boreholes and ‘tangible’ development in the ward, saying other politicians in the past had betrayed the people of Kisii Central.

FURIOUS KISII MCA MREFU SPEAKS 'ENGLISH OF THE NOSE'!AS HE LAUNCHES A BOREHOLE!

FURIOUS KISII MCA MOREBU SPEAKS 'ENGLISH OF THE NOSE'!AS HE LAUNCHES A BOREHOLE!

Posted by Mutembei on Sunday, 8 December 2019

While his English speaking skills were a far cry from ‘honourable’, netizens were quick to defend the leader noting that being eloquent does not necessarily determine whether a leader is effective or otherwise.

Here are the reactions. 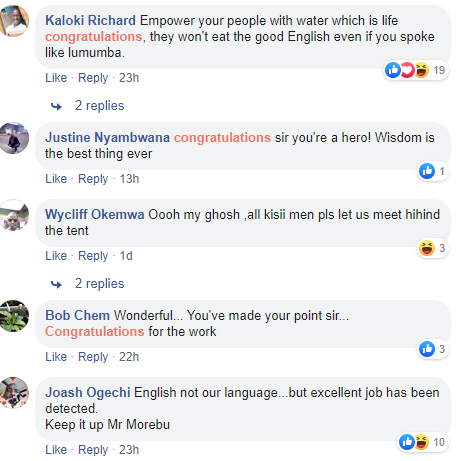 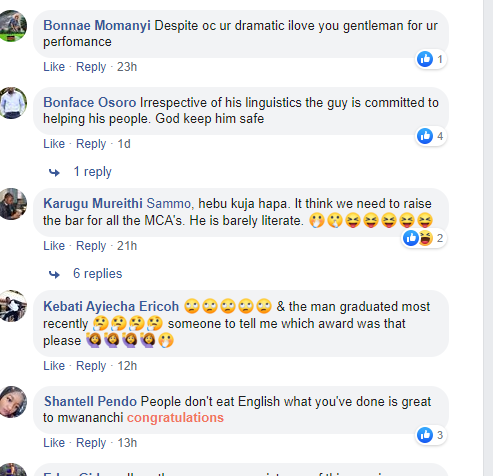 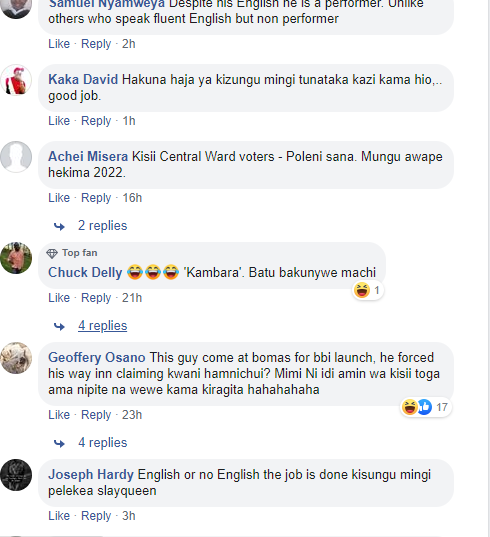 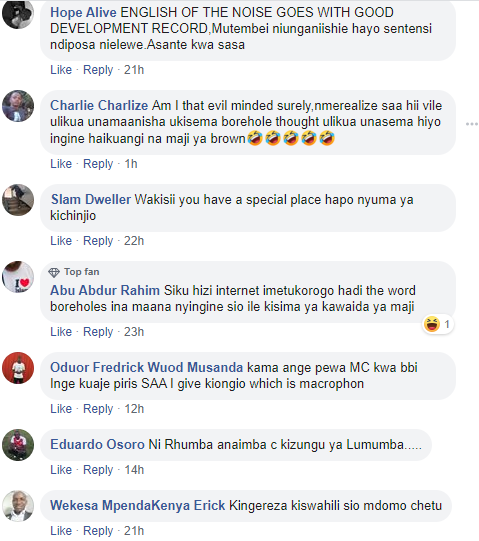