Zinedine Zidane has named his Real Madrid line up that will take on Espanyol in a Spanish La Liga fixture set to be staged at the Santiago Bernabeu. A win for the record Spanish Champions would see them go top of the table, three points ahead of defending champions Barcelona. 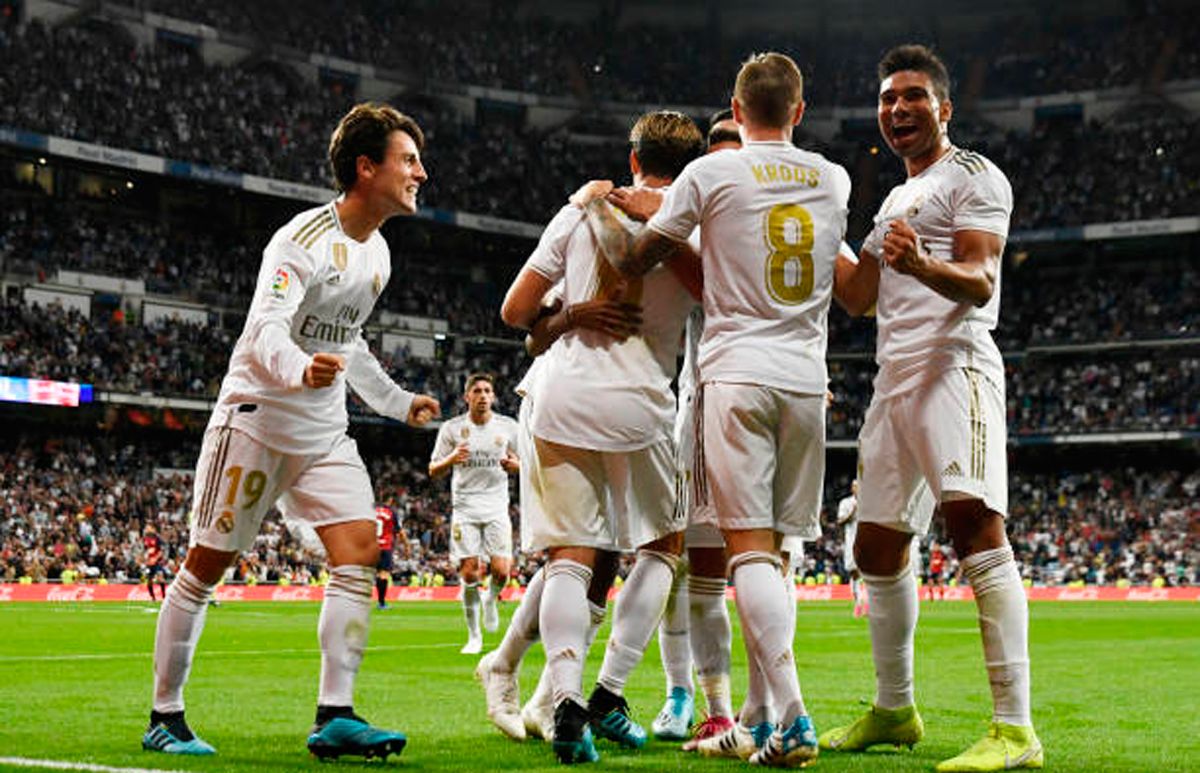 Thibaut Courtois starts in goal while Sergio Ramos skippers the side at center back alongside World Cup winner Raphael Varane. Dani Carvajal and Mendy will slot in the right-back and left-back positions respectively.

In midfield, German midfielder Toni Kroos will partner Casemiro in a double pivot while the impressive Valverde plays in the attacking midfield role. The youngster has been one of the brightest sparks at Real Madrid since Zidane was re-appointed as the head coach.

Upfront the in-form Karim Benzema will lead the line while Brazil youngster Vincious Junior plays on the left-wing. Rodrygo, who already has a Champions League hattrick to his name will start on the right-wing.

2018 world player of the year Luka Modric has been benched alongside Isco and Jovic. Meanwhile, Gareth Bale is completely missing form the entire matchday squad.

The match kicks off at 3 PM East African Time.