Contractors from Garissa who are owed hundreds of millions of shillings by the County Government have made a passionate appeal to President Uhuru Kenyatta to compel the County to pay them.

Addressing the press in Garissa town on Thursday, the agitated contractors narrated how previous attempts by the National Government, including a directive by the President in June that they should be paid have fallen on deaf ears.

The contractors drawn from Holugho, Ijara, Fafi, Balambala, Lagdera, Dadaab and Garissa Sub-counties claims that the County government owes them over Sh 1.9 billion for projects initiated and done from financial year 2013/14 to 2018/19.

Mohamed Yussuf, one of the contractors said their numerous visits to the County Treasury has borne no fruit.

“We thank the President and the Finance Cabinet Secretary (CS) for directing the counties on numerous occasions to settle all pending bills, but unfortunately our County seems not interested in paying us,” Yussuf said.

“We have reached a point where we think the only person who can compel the County government to pay us is the President. We hope this message reaches him,” he added. 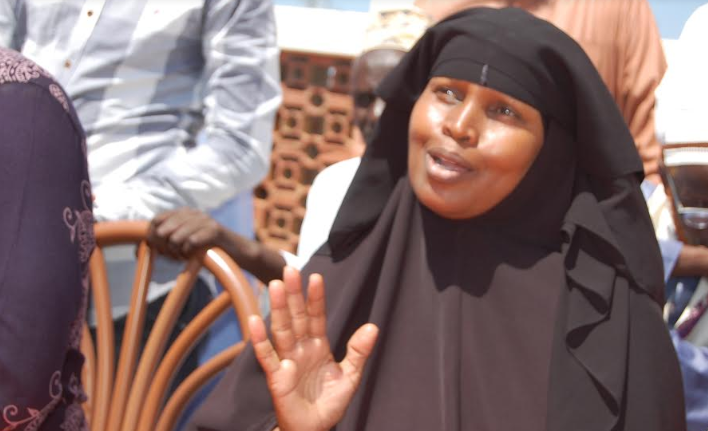 Fatuma Hussein said as contractors, they do not have faith in the newly constituted Pending Bills Committee by the Governor Ali Korane instead, saying they have trust in the Auditor General’s team and their Report.

An emotional Fatuma, a mother of seven, said that as school opening dates draw closer, her three children who sat for their KCPE and KCSE exams might not further their education for lack of school fees.

“I am a widow who was left with eight children to look after. I committed most of my monies in the projects that I was awarded by the County with the hope that I will be paid in time, unfortunately, it is now more than five years with no hope in sight,” she complained.

Governor Korane on the other hand said that his administration was not in hurry to pay the huge sums of the pending bills it inherited from the previous administration amounting to Sh 4 billion until a thorough audit is carried out.

Two weeks ago, acting Treasury CS Ukur Yattani said that his ministry had noted with a lot of concern that departments and agencies in both the national and county governments have persistently failed to pay all genuine outstanding bills.

Yattani said the delayed payment has led to the deterioration of the financial positions of businesses and SMEs, a situation that he adds has led to a negative impact on the economy.

The treasury intends to invoke their powers under section 97 of the PFMA to stop with effect from December 1, 2019 transfers of the FY 2019/20 equitable share of revenue due to the defaulting counties as well as stop the transfer of conditional grants to the 15 counties for this financial year 2019/2020.