Apart from the BBI, the MPs will embark on economic rallies across the Mt Kenya region. 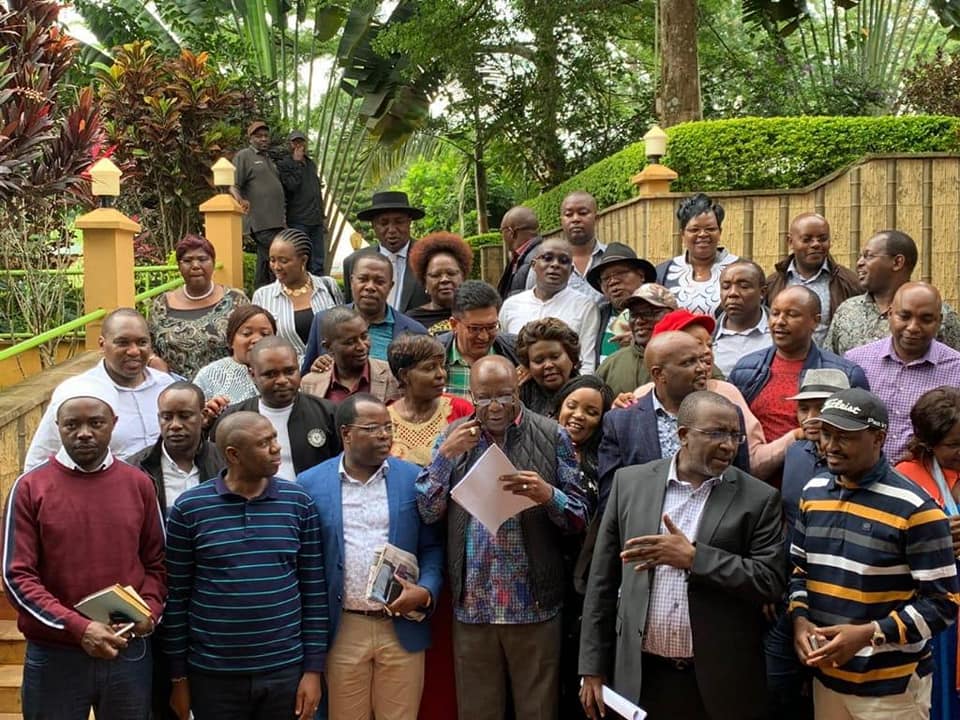 The meeting by the MPs comes barely a few weeks after the Sagana State Lodge meeting that saw President Uhuru Kenyatta meet with over 3,000 leaders in the area.

However, Tanga Tanga MPs expressed dissatisfaction with the way the meeting was organised. They also lamented that it failed to address issues affecting the region and vowed to organise a different one.

Meanwhile, 10 Central Kenya MPs who support the handshake on Friday announced that they have formed a parliamentary caucus to lobby on issues affecting the region that were raised during the Sagana meeting.

They disclosed they would lobby to help improve agribusiness in the region, pressure the government to pay suppliers from the area and propose strategies to enhance small businesses.

Full List of MPs Who Attended The Embu Meeting