The Red Devils had already sealed a round of 32 ticket heading into the Thursday clash in Kazakhstan and Solskjaer opted to rest all his regular starters and opted to travel with a squad consisting of u23 team players. Six of them made their debuts, three were named in the starting XI while three came off the bench.

Dylan Levitt, Ethan Laird, and Di’Shon Bernard started the match while D’Mani Bughail-Mello, Largie Ramazani, and Ethan Galbraith came off the bench to make their debuts for their boyhood clubs.

We look at three players who stood out in their Manchester United debuts and could in the near future be handed more first-team opportunities.

The Welshman started in the middle of the park alongside fellow academy prodigy, James Garner. He impressed by controlling the tempo of the game and with some tidy passing in midfield. He was particularly positive in his passing trading some forward passes something that has been missing in United’s midfield since Paul Pogba got injured.

The 19-year old didn’t seem out of place in the senior team. His combination with Garner gave the hosts problems and he is one Ole Gunnar Solskjaer will be thinking of promoting to the senior team. He was unlucky to be booked in the second half for what seemed like a 50-50 challenge.

Most Touches
Most Passes
Only turned 19 10 days ago and outshone those far more experienced than him#MUFC pic.twitter.com/I9AYhAKzUW

Defeat for the kids. Good experience for them but the big question is how does Dylan Levitt not get 1st team minutes ahead of Andreas!

Levitt passes forward. Keeps the ball. Uses both feet when receiving & passing. Good player. Technical abilty. Still developing but I like him. pic.twitter.com/B3zi78bQ0p

Quality on the ball. 👏👏👏 pic.twitter.com/c6iMT0mUkQ

Dylan Levitt completed 100 passes vs. FC Astana, more than any other player on the pitch.

The double pivot of Dylan Levitt & James Garner has been dominant since the age of 7.

From Littleton Road to Carrington to Old Trafford to European away days.

The [near] future midfield of #mufc. pic.twitter.com/N6VZKfUFqh

Laird’s first appearance for United’s first team is that of a fairy tale story. The right-back has endured a difficult time with bad injuries for over one year. He recently returned to action for the junior teams and on Thursday he was handed his dream debut by Ole Gunnar Solskjaer.

He was impressive in that right-back position both defensively and in attack. He was particularly adventurous going forward where he created a number of good chances with some good deliveries from the right-wing. United have a solid right-back in 22-year on Wan Bissaka but Laird deputizing him is not too far-fetched.

It's been so comfortable for the youngsters.

We spoke about how one should look out for the Levitt-Garner pivot. They've been simple, but they have showed presence. Physically and mentally.

Ethan Laird has been brilliant too. #mufc #ASTMUN #UEL pic.twitter.com/3My7GU5fNA

Ethan Laird completed 3 take-ons vs. Astana, more than any other player on the pitch.

Ethan Laird came off two major injuries, hadn’t completed a full season in the U23s & on the week of his 18th birthday said he is looking directly at the first team.

That [and his consistent quality] told me he was ready — wired differently. pic.twitter.com/TQTiXmpRHU 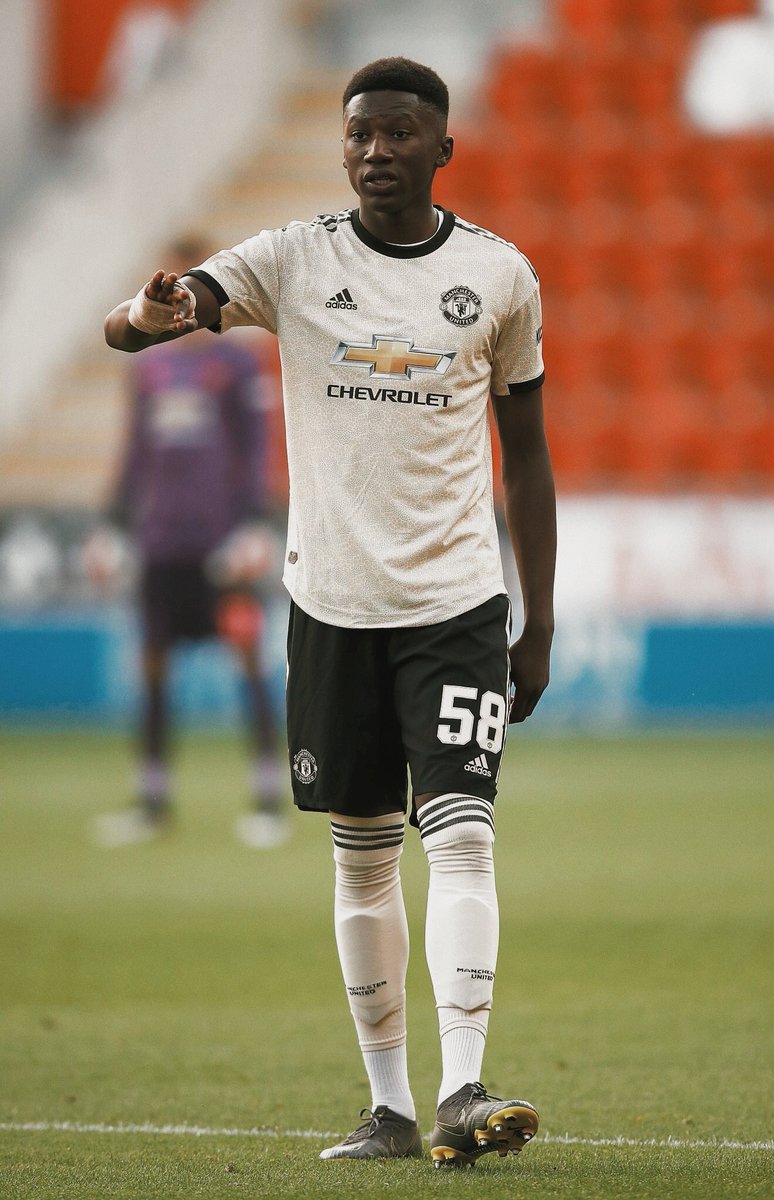 The central defender was unfortunate to score an own goal that won Astana the game on Thursday night after deflecting the ball past Lee Grant. Prior to that, however, he had shown composure in central defense alongside fellow academy graduate, Alex Tuanzebe.

The 19-year old former Chelsea academy player started on the left side of United’s central defense and put in a good show before the own goal. He didn’t seem out of place and with United expected to lay off some of the senior central defenders like Marcos Rojo, Phil Jones and Chris Smalling who is away at AS Roma, Bernard could just claim a place in the senior team soon or later.

Great to see Di'Shon Bernard in the starting 11 making his debut for Man United in today's game …. could turn out to be a top centre back for us pic.twitter.com/QrYTUgMVG7

Man Utd U23s have kept a clean sheet in 50% of the league games Di'Shon Bernard has featured in this season, and have won 100% of the games he’s played 90 minutes in.