Twitter has become a platform that unites Kenyans in the occurrence of any type of event. KOT stormed with a bang after one of the influencer’s account was suspended.

Henry Paul famously known as Billy the Goat or Crazy Nairobian has been spicing up most people’s lives with his funny and frequent tweets.

He is described as a stress reliever and a reason as to why many Kenyans joined twitter. His suspension was for a very petty reason.

A meme that has been going around on social media about a woman yelling to a cat was the cause of his suspension. It was said that he used the said images on his timeline without the permission of the actual owner. 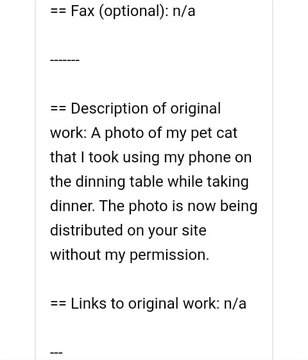 “A photo of my pet cat that I took using my phone on the dining table while taking dinner. The photo is now being distributed on your timeline without my description,” the photo’s owner said.

Check out the tweets below as Kenyans walked on Twitter streets calling for Billy to be released from the ‘Twitter’s prison’.

They are jealous of him being a chokoraa Twitter and hitting 100K mark. bring back our general #BringBackBilly #IStandWithCrazyNairobian pic.twitter.com/hN8edrIdVU

It must be this ‘big fish’ fools Alai type who could have reported Billy, they can’t imagine their # tag political agendas which are paid well won’t trend instead rather a chokoraa #IStandWithCrazyNairobian ruling the streets whole day
#BringBackBilly

I've never really seen Crazy Nairobian bullying anyone though. He's always gassing up them babes in a witty and sweet way. #IStandWithCrazyNairobian

Billy has been tweeting for us… Lets all tweet for him…. Its now he needs us… Show some love…#IStandWithCrazyNairobian#BringBackBilly we need our chokoraa back… He's ours…

Y'all I feel like he has an overpowering personality. Like it or not these streets would be dull as hell without him. Like I said before looks are overrated. Humor over everything #IStandWithCrazyNairobian

If people are hating on you it's often because they are threatened by you,feeling like you're above them so they put you down to feel better about themselves. The greatest people have haters for a reason, so take it as a compliment.💪 @Crazy_Nairobian#istandwithcrazynairobian pic.twitter.com/6HyRIKOdPA

However, as his fans called for justice on his behalf, haters were bust shaming him for his looks. Check out the nasty tweets below.

Billy when Billy going
posting his through his
pics notifications pic.twitter.com/10LP0cyMJY