Members of Embu County Assembly have called on the county administration to stop further licensing of bars in rural areas to reduce cases of alcoholism among residents.

Kimaru called for a review of the existing liquor licenses to only allow for the opening of bars in towns, urban centers and market centers as opposed to villages.

During the second reading of the Embu County Finance Bill, 2019, the ward representative shockingly stated that in some rural areas, bars have outnumbered homesteads.

He said many families are now struggling with the financial burden or rehabilitating alcoholics whose lives have been completely ruined by their proximity to bars. 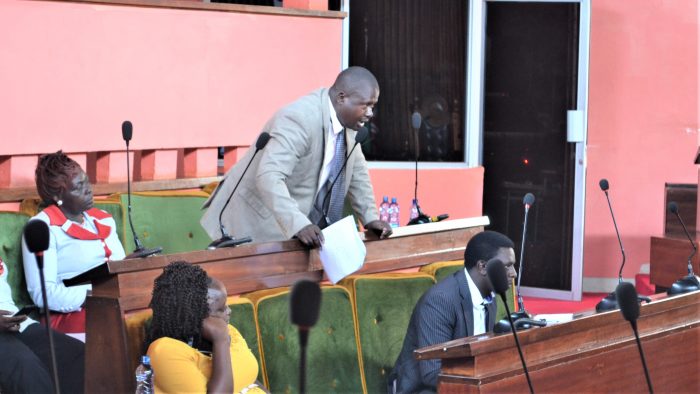 The MCA added that the mushrooming of bars in the rural areas has also promoted underage drinking, crime, and general immorality, due to the inability of law enforcers to access the villages.

He warned that though the county needed tax from traders, wanton licensing of bars in villages would be detrimental in the long run.

His nominated counterpart, Bernard Kandia echoed similar sentiments and called for the closure of village bars. He said alcoholism had robbed the county of the energetic workforce as most youths have become alcoholics.

Kandai noted that the increase in bars and uncontrolled sale of alcohol was contributing to insecurity at the grassroots, adding that such trade ought to be restricted to urban centers.

Two other nominated MCAs Sicily Ruguru and Rose Kinyua also complained over the numerous bars situated close to residential areas, churches and schools, thus becoming a public nuisance to residents who do not partake in alcohol.

The assembly unanimously supported the call to close all bars operating in villages and called upon the County Government not to renew their trade licenses, unless they were situated in areas classified as commercial centers.