A somber mood engulfed the village of Kombok in Ramba Location, Homa Bay County after a 37-year-old widow was murdered by her inheritor over alleged domestic wrangles last night.

The body of Margaret Akinyi Otieno was found lying in her bed in a pool of blood after she was attacked and killed by an inheritor identified as Ademba Ngura.

The body of the deceased was allegedly discovered by one of her children who came to check on her at around 7.30 am.

Confirming the incident to KNA, Rachuonyo East Sub County Police Commander Charles Barasa said that the woman sustained deep cuts in the neck that resulted in her death.

Barasa added that their preliminary investigation has revealed that the suspect used a sharp Machete to kill the woman before he disappeared to an unknown location. 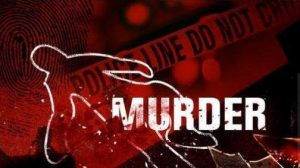 He revealed that a report from the deceased neighbors indicated that the two have been embattled in long-time domestic differences in the house since they cohabited.

The officer further said that they have launched a manhunt for the suspect who is still on the run.

At the same time, Barasa appealed to members of the public with any relevant information regarding the whereabouts of the suspect to avail it to security agencies in confidence.

The body of the woman has been taken to Rachuonyo South sub-county Hospital mortuary for postmortem.