Rescue operations in West Pokot received a major boost after the Kenyan military joined in the efforts to rescue victims of the deadly landslide.

This comes just a day after Deputy President Dr William Ruto toured the area in the wake of a tragedy that claimed more than 40 lives.

Speaking to the tragedy victims, DP Ruto promised another chopper to aid in the rescue and evacuation missions in the area.

The entry of the Kenya Defence Forces military choppers in the area serves to airlift medical personnel as well as supplies to the landslide victims.

All the 15 camps currently hosting the mudslide victims were rendered inaccessible after heavy rains cut off the Kapenguria-Lodwar Highway which serves the area.

It is estimated that some 10,000 people have been displaced as a result of the tragedy which was occasioned by heavy rainfall.

The County Government of West Pokot has already revealed a paybill number to help in the rescue efforts.

This is despite DP Ruto’s assurance that the Government would do all within its means to ensure all displaced residents are settled. 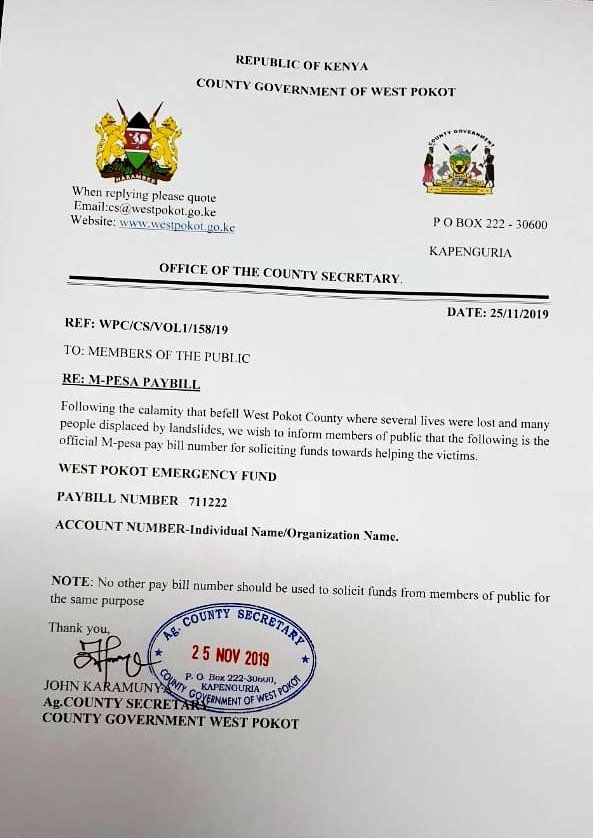