Agriculture Cabinet Secretary Mwangi Kiunjuri is once again on the spot after Moiben MP Silas Tiren accused him together with a section of traders of colluding to import maize from Congo.

According to Tiren, Kiunjuri together with a section of traders had written to Kenya Revenue Authority, KRA requesting for clearance of maize imports from Congo.

Tiren revealed that the maize, which was destined for Uasin Gishu county had been impounded at Malaba border by the authorities.

The MP claimed that the CS was acting in bad faith especially at a time farmers from the North Rift region are harvesting their produce and are expecting to deliver them to the National Cereals and Produce Board, NCPB.

At the same time, Tiren, who has been so vocal against problems facing maize farmers from the region, urged the KRA not to act on the request by the CS, saying the same will affect Maize prices in the country as witnessed in 2018.

“The maize cartels are back again; At a time when farmers are harvesting their produce the Agriculture Cabinet Secretary together with traders have written to KRA requesting for clearance of maize imports from Congo. The maize which was destined to Uasin Gishu has been impounded at the Malaba border. The CS cites a shortage of this year’s harvests, which is contrary to what we have witnessed in the farms.

As a leader who has and will always fight for the farmers the 270,000 metric tonnes if allowed into the Kenyan market, it shall take us back to problems we faced last season. KRA should not act on this request for the sake of the Kenyan farmer,” read a statement on Tiren’s Facebook account.

Maize farming in North Rift has for some time now, been infiltrated by politics and the farmers have found themselves trapped in this unfortunate conundrum.

However, Ruto’s allies from the region have been captioned on several occasions claiming that Maize has been politicised and has become a weapon to fight the Deputy President William Ruto in the region.

According to one resident Kimuge, from Keiyo, the story about the alleged maize “importation” by some Kalenjin political elites was inconsequential. 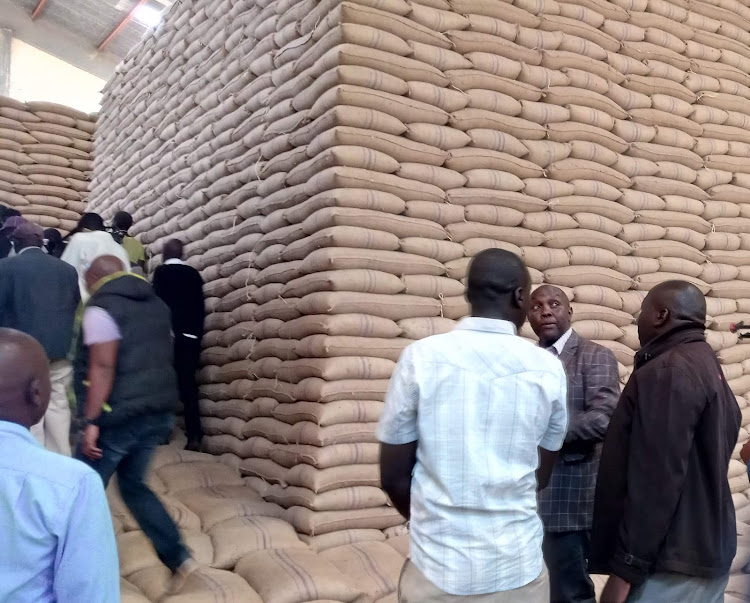 Kimuge remarked that it was the work of the government to rein in on the culprits and ensure the farmers sell their maize to NCPB.

“I refuse to believe that it is Ruto and his henchmen who are behind this maize ordeal. I’ve heard that talk of blaming Ruto and I’ve decided I’ll not be part of it,” Kimuge told a local daily publication.