Kenya has officially been declared a looting nation after citizens were captured in a heavy rush to steal maize from a fallen truck at the Kibwezi junction.

The incident has been used to depict why many of our leaders are embattled in enormous graft cases. 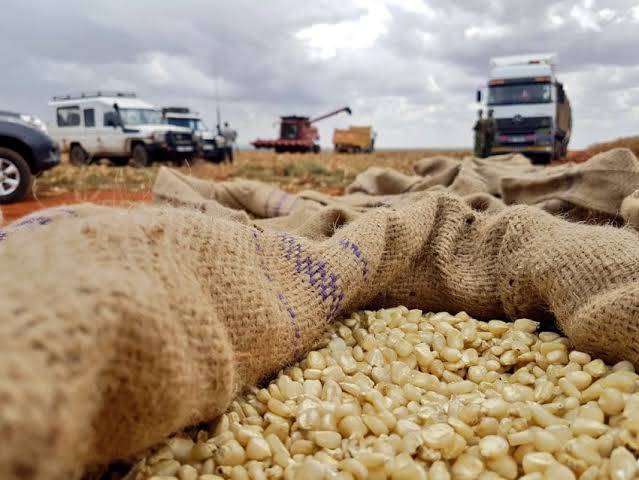 “A good evidence that Kenya s are thieves. That’s why they can’t build their nation”-Mwalimu Anthony.

“Kenya is a looting nation…The only difference is: Not all Kenyans have access to public coffers, otherwise most Kenyans would be caught with their hand in the cookie jar”-KevinOkeyo.

“Thievery is in Kenyans DNA. We are doomed”-Global Citizen.

“This is either hungry nation or thieving nature is in all of us when opportunity presents itself”-Jeremiah Kanu M.

Many however have come to the defense of the looters with the cry that Kenyans are starving in their homes due to the harsh economy.

“The govt should learn from this, that the common person is lacking even the most basic need “food”, politicking is what is being focused on the most!!, Nkt”- Johnny Johnny.

Others couldn’t help but express their amazement at the scramblers recent maize afflatoxin investigative exposé  ignorance. 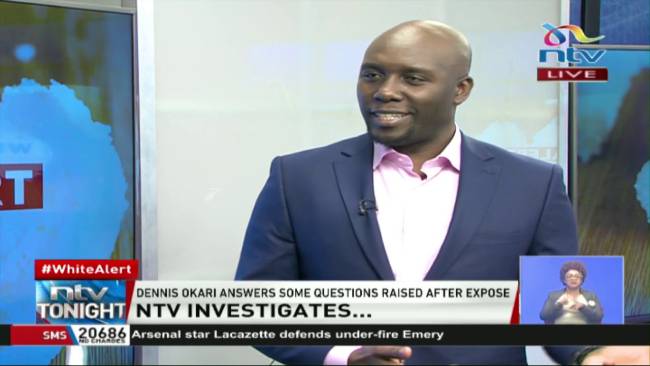 For decades, the country has experienced severe grain shortages, especially maize, for human consumption and for animal feeds. The demand for maize has created an avenue for the government to allow maize imports into the country. But, lurking beneath this staple, is a poison so unpredictable, chances are you have consumed it.

According to the 90-minute investigative documentary, in a sworn affidavit which was tabled in Parliament in May 2009, the former Kenya Bureau of Standards (Kebs) Managing Director the late Dr Kioko Mang’eli  accused the Prime Minister and officials in his office of putting pressure on him to authorize the maize in dispute.

“From past experiences, maize with moisture contents of more than 13.5 percent have resulted in the development of molds that produce aflatoxins that have adverse effects on both animals and human beings,” reads an excerpt from the late Mang’eli’s letter.

“so people have decided to take wafulatoxin to their home”-marktyson.

TONIGHT: #WhiteAlert This documentary lifts the lid on the country's staple, where profits reign supreme, farmers struggle to get by and a toxic poison is leaving vulnerable citizens sick. Do you really know what you are consuming? #NTVInvestigates #WhiteAlert 9pm