Imran Okoth, the newly elected Kibra Member of parliament was sworn in on Tuesday afternoon.

He took the oath of office at parliament buildings having been officiated by Speaker of National assembly, Hon. Justin Muturi.

The swearing-in ceremony was held 12 days after the by-elections held on November 7, where he garnered 24,636 votes.

In an official team, the ODM party vowed to support Imran in his mission to serve Kibra residents.

Congratulations Hon. @ImranOkoth on assuming office today. We are fully behind you and wish you all the best as you settle down to serve your people of Kibra in the National Assembly… pic.twitter.com/9jWEUnKZ9U

The ODM candidate outstood the Kibra race after beating his main competitor Mc Donald Mariga(Jubilee) and Eliud Owalo(ANC) who attained 11,230 and  5,275 respectively.

After a heated campaign trail, the defeated contestants conceded defeat and congratulated the MP-elect.

On the night of November 7, Jubilee candidate and Imran’s main competitor, Mc Donald Mariga conceded to an early defeat even before the official announcement of the poll results by the Independent Electoral and Boundaries Commission.

In a phone call, Mariga congratulated Okoth and vowed to give him full support as the new member of parliament.

The Kibra parliamentary seat fell vacant after the demise of Imran’s, brother Ken Okoth who succumbed to Coloratral cancer in July 2019.

Here are photos of the swearing-in event held at the national assembly building. 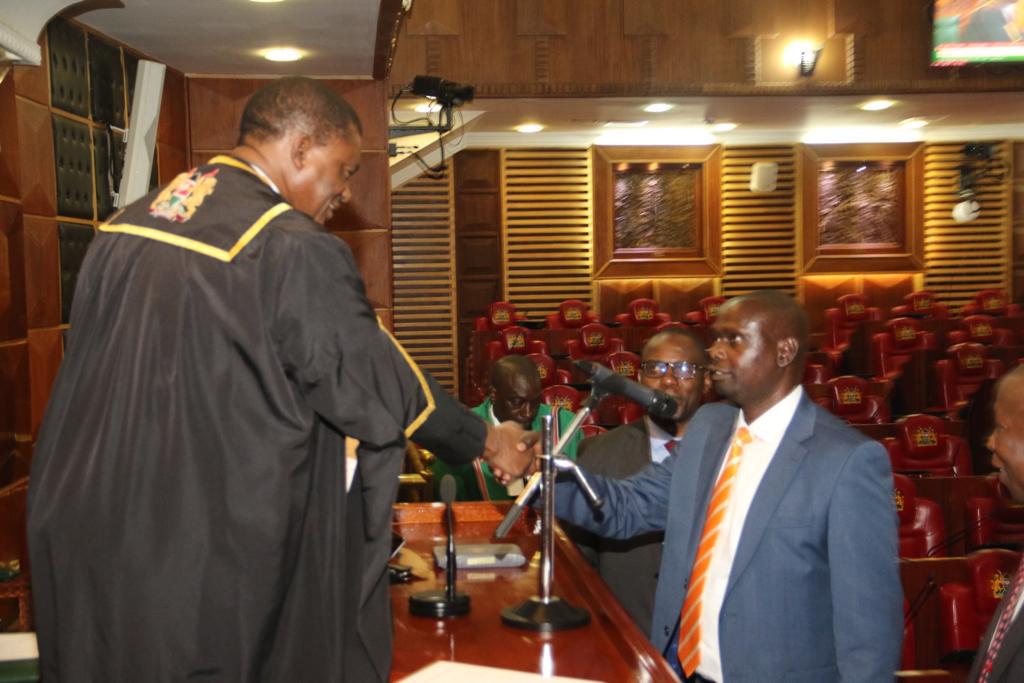 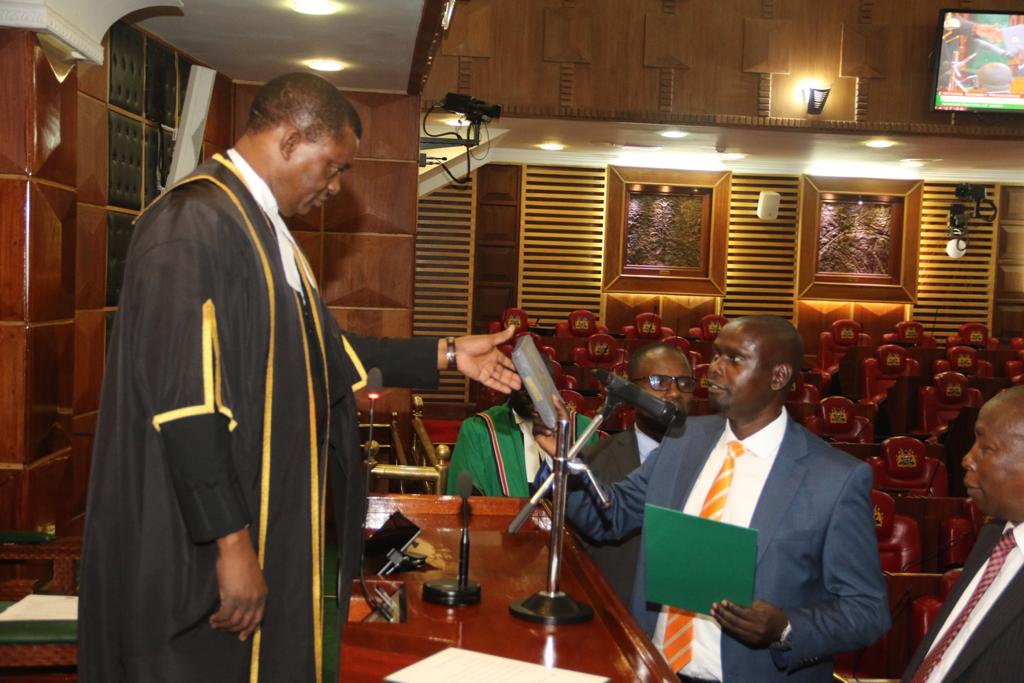 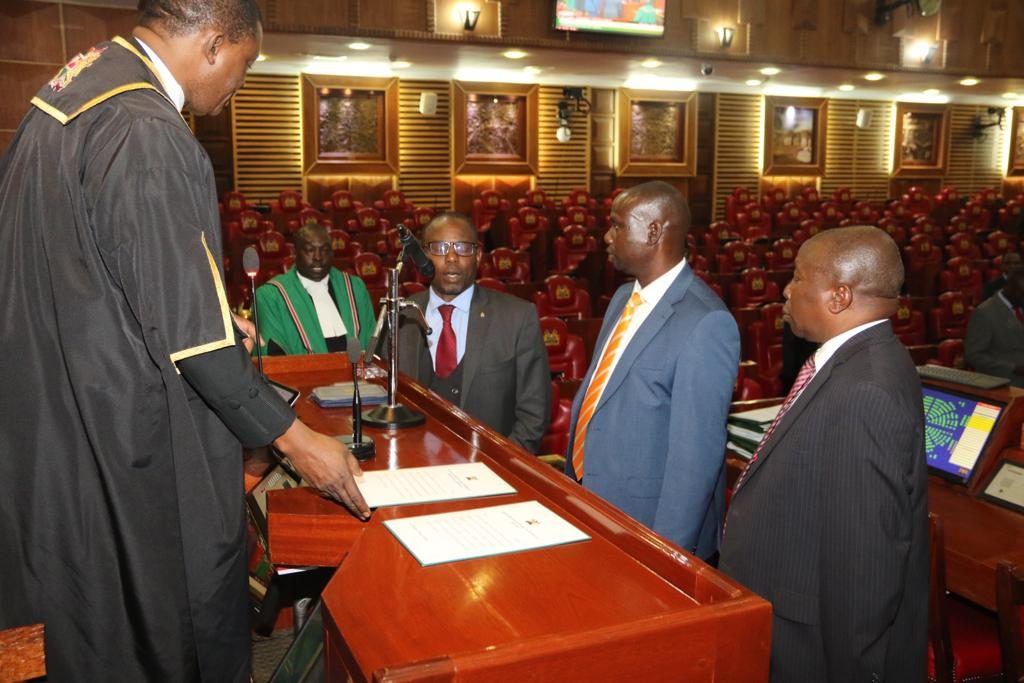