The Orange Democratic Movement has revealed that its Party grassroots elections are to be held early next year. Their Party Leader Raila Odinga reportedly says the elections will be used to have new and fresh blood injected in the party right from the lower levels of the party to the national level.

He said digital recruitment will be launched next week. 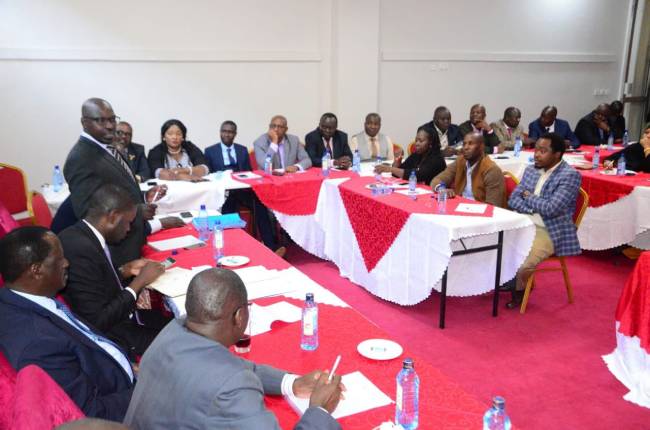 Raila has also according to their handle on twitter hinted at a possible referendum to fix the flaws in the new current constitution and make it better for tomorrow and future generations.

He told Kenyans to prepare to give views to recommendations by the BBI team once their report is made public. 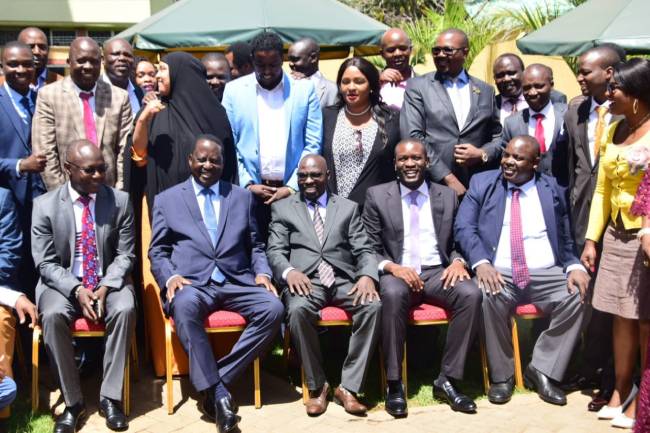 It has been reported by local media that on Tuesday,November, 19th, the opposition leader has issued a tough message to the Members of Nairobi County Assembly allied to ODM and its affiliated parties after holding a meeting with them in Nairobi.

Speaking at the Chungwa House event that brought together the MCAs and other ODM youth delegates, Odinga reminded the legislators that the role of county assemblies was to put checks and balances on county governments for efficiency and effective delivery of services to the people.

Party MCAs in Nairobi have resolved to work together as a team in the interest of the party and the people of Nairobi. The leaders while at the meeting chaired by Raila expressed confidence in the new Minority Leader Mr. David Njilithia Mberia and vowed to support him.

Imran was elected into office through a by-election on November 7th, occasioned by the untimely demise of  his late brother Ken Okoth who succumbed to cancer.

Congratulations Hon. @ImranOkoth on assuming office today. We are fully behind you and wish you all the best as you settle down to serve your people of Kibra in the National Assembly… pic.twitter.com/9jWEUnKZ9U