Local leaders have joined in condemning the macabre killings of six Kisumu bouncers at a funeral in Busia.

The lives of the strong men was cut shot in a rather unfortunate scenario where they had been allegedly hired to protect a dead man’s body but ended up in desperate need for security themselves, and unfortunately suffered terribly due to major hostility.

They were present at the Sega mortuary, in Siaya county during the collection of the slain businessman Johannes Okoth Aduol’s body. 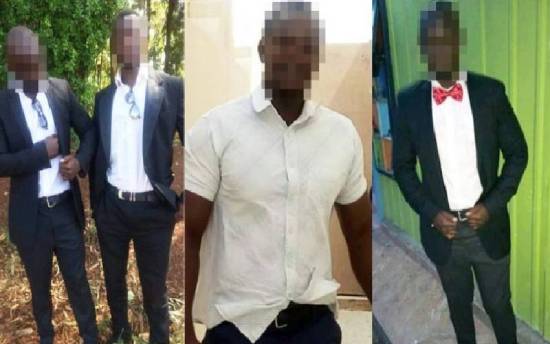 When approached to identify themselves, the bouncers said they had been hired by the deceased’s second wife Mercy Awuor to provide security at the funeral.

But when contacted to confirm if she knew the security guys, Awuor denied knowing or even facilitating them to come to Bumala.

On reaching Masebula, hell broke loose as residents descended on the bouncers on suspicion they could be behind the killing of the trader.

Trouble started at Bumala where the deceased operated an electronics shop before his demise, during a stopover for body viewing when locals threatened to attack the ‘strangers’ who were seen to be too close to the coffin.

They were chased, stoned and lynched in separate places but within the village by locals and Boda boda riders.

Deeply concerned on the gruesome murder of six young men from Kisumu County by a mob in Masebula village, Busia County at funeral.

I call upon the police to conduct speedy investigations to bring to light what circumstances occasioned this heinous act and bring the perpetrators to book.

Meanwhile I urge calm as the police pursues the matter”, said Nyong’o on his Facebook page.