Kakamega Senator Cleophas Malala has dared the Amani National Congress (ANC) disciplinary committee to suspend him from the Party saying he is ready for a by-election.

ANC, on Friday, said it had initiated a process to suspend the fiery Senator from the Party because he campaigned for ODM candidate and winner in the Kibra by-election Bernard Imran Okoth yet it had fielded its own Eliud Owalo.

The Senator, who is also Senate Minority Leader, termed the suspension as ill-advised noting that it is meant to serve secretariat interests within and outside the ANC

“I, therefore, dare the party leadership to complete the expulsion process they have started. I am very ready for a by-election and very confident that I will capture back the seat with a landslide” he stated in a press release to newsrooms.

Malala defended his actions to campaign for Imran saying it was in the spirit of the NASA coalition.

“I attended the Kibra rally as a representative of the NASA affiliate party with the blessings of the Coalition Leader,” he said at the same time accusing the Party of double standards in matters discipline.

I am ready to face @anc_party and any other party in a by election on a fresh ticket. pic.twitter.com/asE3bIIo8b

“In the general election of 2017, Musalia Mudavadi, while being aware of the quoted statutes and party constitution, vigorously and openly campaigned for a presidential candidate of a rival party, ODM,” he said adding that Musalia was the campaign manager of ODM Presidential Candidate Raila Odinga.

Malala also claimed that ANC, on several occasions, has allowed external infiltration and financing from other parties which according to him, comprises the integrity of office bearers and lowers the performance of the Party.

He alleged that the Jubilee Party gave financial support to the ANC Party during the Kibra by-election. 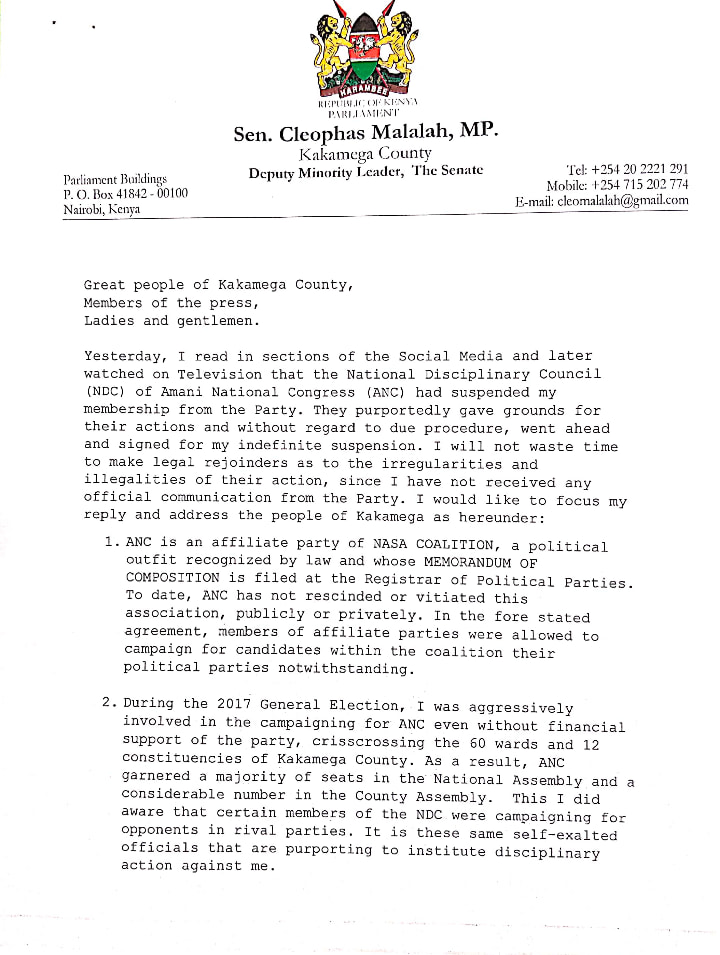 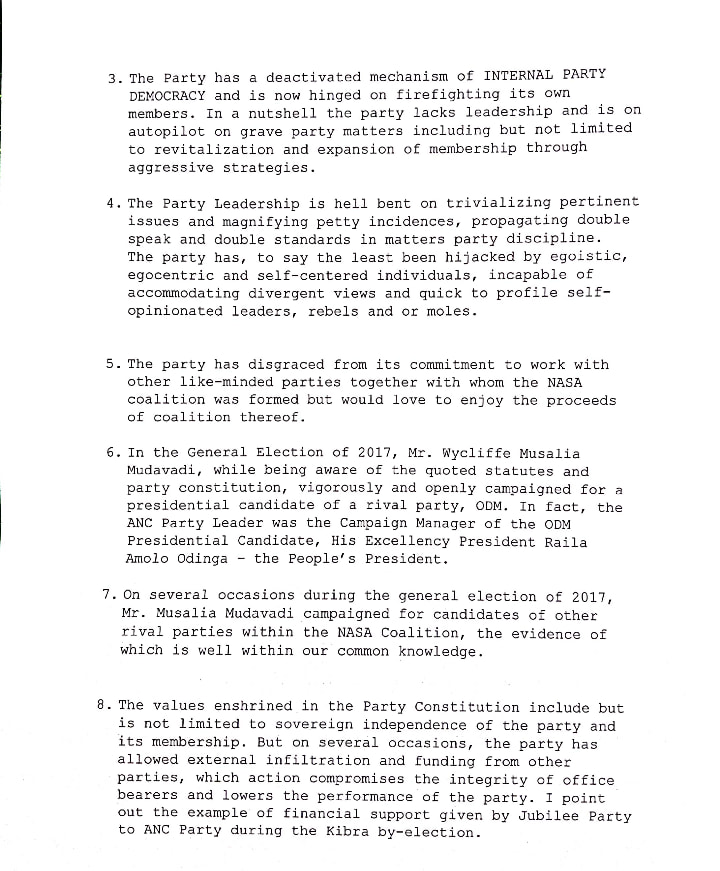 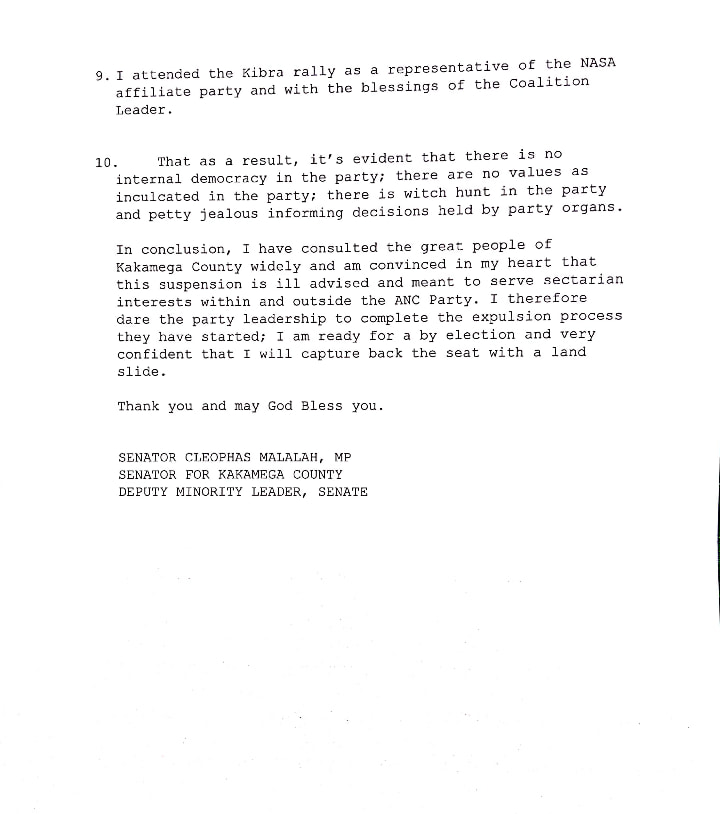