Harambee Stars players will get back into the country on Saturday afternoon from Egypt ahead of Monday, November 18, 2021, African Cup of Nations Qualification match against Togo that will be played at the Moi International Sports Kasarani.

The Kenya team has been in Egypt where they played the Pharaohs in a 2021 African Cup of Nations qualification match in Alexandria on Thursday. The match ended in a one-all draw after Michael Olunga scored a decisive equalizer for Kenya. 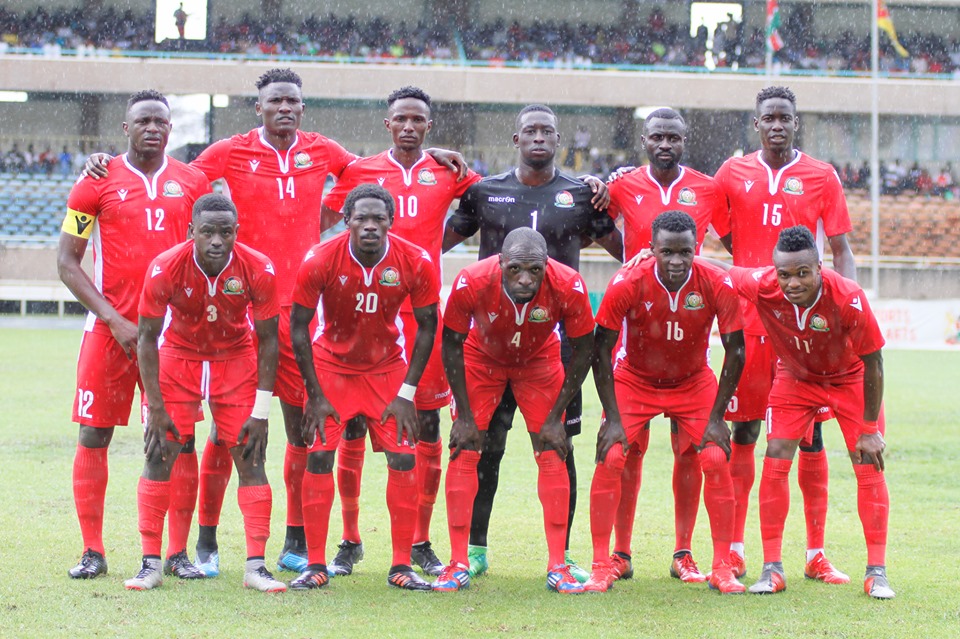 The team will now land on Saturday afternoon and immediately commence preparations for the clash against Togo scheduled for Monday at 7 pm.  The team, which will pitch its residential camp at Safari Park Hotel will touch down the Jomo Kenyatta International Airport at 3 PM as confirmed by Football Kenya Federation CEO Barry Otieno.

“The team returns today. The plane will touch down at JKIA at 3 PM and thereafter will begin their preparations for the Monday game,” Otieno stated.

Kenya is looking for a back to back AFCON ticket after qualifying for the 2019 edition that was staged in Egypt in June. The point earned away in Egypt, many believe will enhance the team’s chances of qualifying for the biannual showpiece. 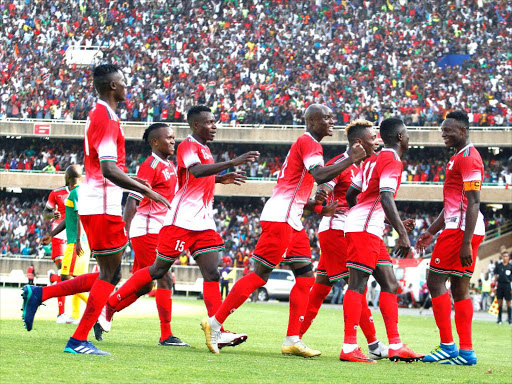 Meanwhile, keeper Patrick Matasi and winger Ayub Timbe are unlikely to be available for the game. Both players were taken off in the first half against Egypt and according to coach Kimanzi, they are unlikely to shake off the injuries they picked in Alexandria on time for the dual against Togo.