Could this player be the highest-traveled in the Kenyan football community-playing for the highest number of clubs within the shortest time? 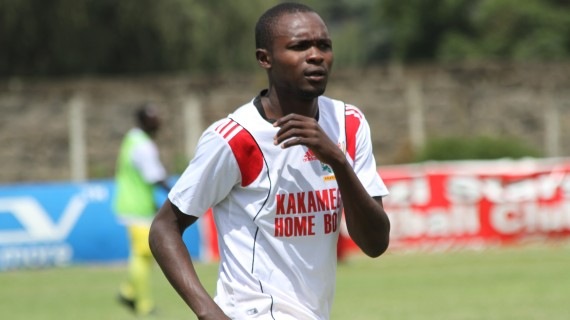 I bet this question will trouble your mind all through as you read this story of a man who has kicked the ball in a whopping 11 clubs in 11 years.

Maybe we don’t need to delve much into mathematics because at 29, he is already having three kids; a girl and two boys, but we must do the counts for the clubs he’s played for.

In 2009, Paul Odhiambo Okatwa ‘made history’ to play for giant club AFC Leopards. It has always been the dream of every Kenyan footballer to play for either AFC Leopards or Gor Mahia.

For Paul Okatwa, it was more than a dream come true because he went ahead to play for the Kenyan Premier League champions Gor Mahia.

Before playing for K’Ogalo, he featured for Oserian and Kakamega Homeboyz. He went ahead to ply his trade at the Kisumu-based Western Stima before moving to Moses Adagala-owned Muhoroni Youth.

He joined Eastleigh-based Sofapaka in 2016 and exited in 2017 to join Ruaraka-based Tusker.

With all this kind of CV, do you think he’s happy?

At his last club, Nairobi City Stars, something horrible happened. He sustained a career-threatening injury that has literary threw him out of the sport since March 2019.

He says frustrations have been part of his life in his career.