As Football Kenya Federation (FKF) boss Nick Mwendwa struggles to clear his name over embezzlement, FIFA has cracked the whip in the neighbouring country for a similar offense.

The former administrator was found guilty of using the $528,000 received in four years for development to settle a loan by the federation as well as settle $55,000 prize money earned by the Tanzania U17 side in 2017’s Africa Youth championships.

Malinzi could not explain how the money found its way into his account and why he received the aforementioned cash.

“The adjudicatory chamber of the independent Ethics Committee has found Mr Jamal Emil Malinzi, a former president of the Tanzania Football Federation (TFF) and a former Fifa standing committee member, guilty of having misappropriated Fifa funds and falsified an official document, in violation of the Fifa Code of Ethics,” FIFA statement read in parts.

“The investigation into Mr Malinzi was related to the misappropriation of Fifa financial assistance programme (FAP) funds, as well as other Caf and TFF funds, in the period between 2013 and 2017, and the forgery of a TFF executive committee resolution.” 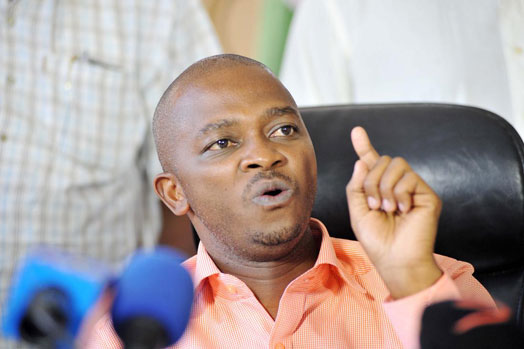 “In its decision, the adjudicatory chamber found that Mr. Malinzi had breached articles 24 [Forgery and falsification] and 28 [Misappropriation of funds] of the 2018 edition of the FIFA code of ethics and, as a result, sanctioned him with a 10‑year ban from all football-related activity [administrative, sports or any other] at both national and international levels.

“In addition, a fine in the amount of $502,583 has been imposed on Mr Malinzi,” the statement concluded.

Malinzi was a member of FIFA’s development committee which is responsible for allocating project funds worldwide as well as the Fairplay Social Responsibility Committee from 2013-17.

Should Kenya’s Nick Mwendwa be found guilty of misappropriating Ksh244m given to him by the government to prepare Harambee Stars for AFCON 2019, he could face the same penalty.