The 18-year old is highly rated within the United hierarchy and on Thursday night he scored the opener in United’s 3-0 win over Partizan in the Europa League at Old Trafford.

Rashford and Anthony Martial scored the other goals as United sealed a round of 32 spot with two matches to spare.

Greenwood is one of the highly rated players within the United setup, he has scored three goals this season, two in the Europa League and one in the Carabao Cup. . Strong on both feet, the youngster has often been compared to former Manchester United Dutch striker Robin Van Persie.

Speaking after last night’s win over Partizan, Scholes a United legend said Greenwood will eventually be a better finisher than the Man United number 10 who overall, he believes is a better player.
“If Marcus lacks anything it’s a little bit of composure in front of goal. I think Greenwood will eventually be a better goalscorer than Marcus. But his (Rashford’s) all round play has been brilliant,” Scholes stated. 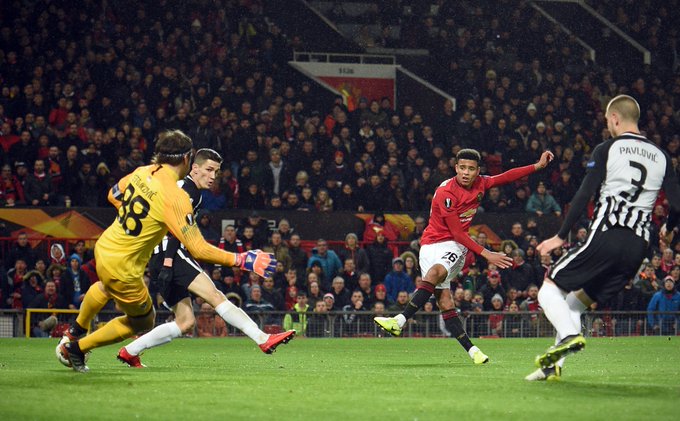 The former midfielder went on to explain that Rashford has often showed lack of composure in front of goal and labeled him a scorer of great goals rather than a great goal-scorer.

‘He’s probably a scorer of great goals rather than a great goalscorer. He lacks that bit of composure but he’s still a young player and I think that will come.’