A mammoth crowd showed up at the Pan Paper Grounds in Webuye, to receive the Kandara MP Alice Wahome-led Ruto camp franchise.

The team is comprised of vocal politicians such as Malindi MP Aisha Jumwa, Nakuru Senator Susan Kihika, and Nominated Senator Millicent Omanga, among others, and has visited several Counties across the country in DP Ruto’s Tangatanga spirit, preaching against the Building Bridges Initiative (BBI), born of President Uhuru Kenyatta and ODM leader Raila Odinga’s unity Handshake.

This time round, it was Bungoma Woman Representative Catherine Wambilianga’s turn to welcome the team, as they gifted women, youth, and people living with disabilities with an assortment of items including handcarts, cooking pots, gas cylinders, and wheelchairs.

On Sunday, the group heads to Gladys Boss Sholei’s Uasin Gishu County, where they will meet area residents at TAC Centre Grounds, Eldoret. 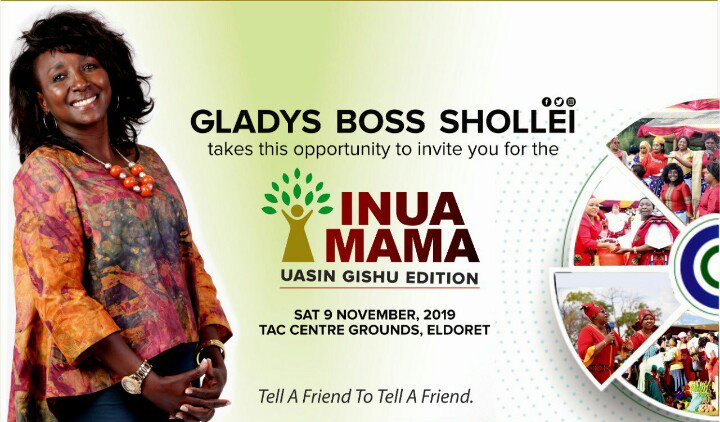 The group of female leaders is the nemesis of Uhuru allied Team Embrace, that seeks to lobby Kenyans to adopt the proposals of BBI, and the new dynamics brought about by the political friendship between the President and his former fierce rival Odinga.

Team Embrace is a mirror reflection of their male jubilee counterparts who share similar political views, under the Kieleweke umbrella.

It is prospected that Ruto and Odinga will face-off in the 2020 Presidential ballot, and the latter’s move to mend his relationship with Uhuru, is a politically motivated move, to revive his earlier crumbling political carter, after the downfall of his NASA Movement.