Chelsea boss Frank Lampard has been named the Premier League Manager of the Month for October and he’s surprised many by announcing his toughest opponent from the month.

Having led his side to league victories against Southampton, Newcastle and Burnley plus grueling Champions league battles against Ajax and Manchester United, Lampard says the Burnley tie was the main highlight. 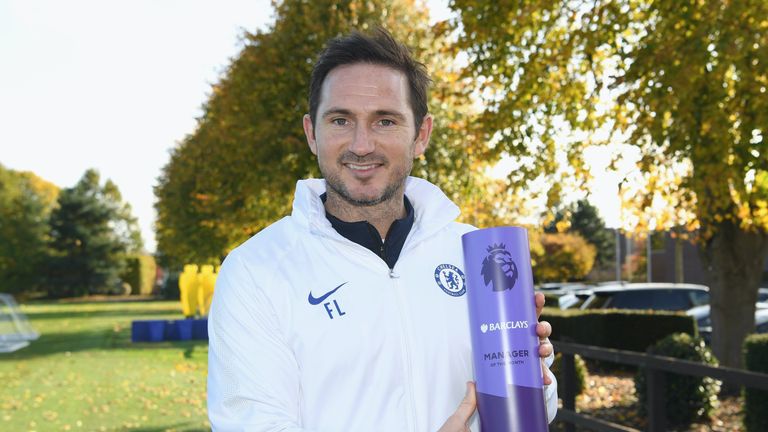 “I would probably say out of the Premier League games we played in October, the one away against Burnley was the highlight because of the way we were so dominant in our performance and Burnley is a very tough place to go. People may have questioned the fact that we are a young team and with the physical nature of the challenge, but we responded very well and played some really good football.

“It was a tight turnaround after a big performance physically for the lads at Ajax and with the travel back. To go up to Burnley at any time is difficult but we managed the game really well,” Lampard said.

On the award, the English manager attributed it to the whole Chelsea fraternity.  “Winning an individual award like this, my first one at the club, it is the perfect time to appreciate the close staff who have worked so hard since pre-season and the players, as they are the ones who go out and perform. I am delighted for everybody.”

Lampard joins the likes of current England boss Gareth Southgate and one of his former team-mates at West Ham, Stuart Pearce, in having won both the Premier League Player of the Month and Manager of the Month. While it took Lampard over six years from making his Premier League debut to collecting the first of his four player accolades, he has won the manager one just three months into his career as a top-flight manager.