While it is believed that the beauty attained her wealth from dating rich men commonly referred to as sponsors, she has stated that she does it a little differently from Kenyan slay queens.

According to her post, she apparently has a code against dating married men.

She admitted that no one believes her when she says she doesn’t date married men. It’s understandable because that’s how university slay queens are getting by today.

She further clarified that they are not her cup of tea and people close to her know this. 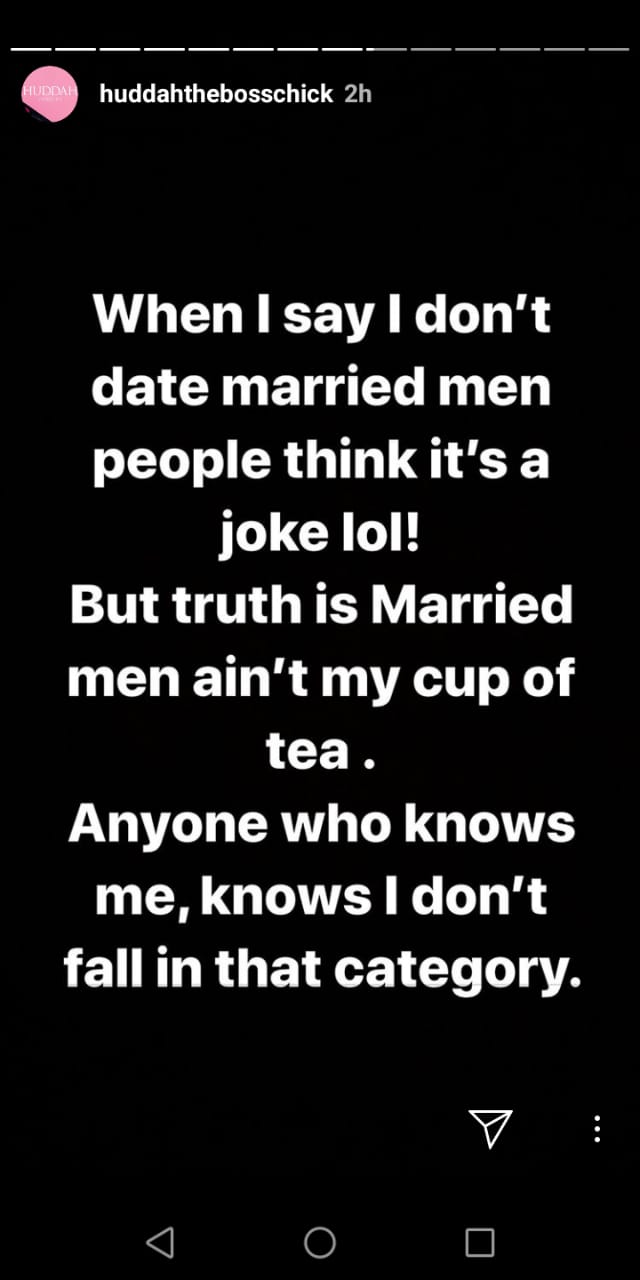 The beauty previously revealed that the two most common type of men who hit on her include the rich and the young cute ones.

“The rich ones who want to pay me just enough to add me to their HIT list,” said Huddah.

“The young and cute/ugly ones who want to discover, hit and gossip about my VAGINA!,” she added.

Well, that explains her rich lifestyles.