Moi’s Spokesperson Lee Njiru who confirmed the news, stated that the former Head of State was given the go ahead to return to his normal day to day life. 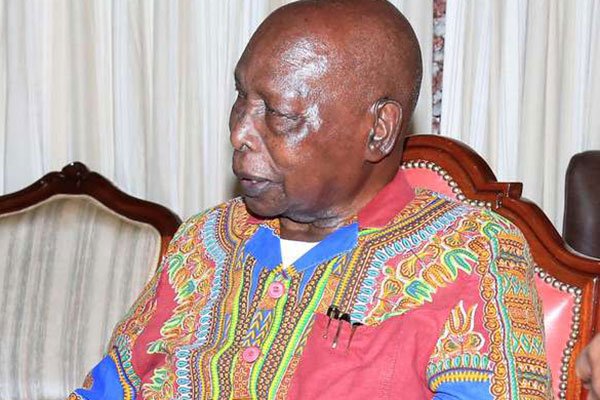 The information comes as a sigh of relief to both the family and the nation.

Fear gripped Kenyans after the 95 year-old was rushed back to hospital in a space of two weeks.

The details that he was taken to the Intensive Care Unit (ICU) upon arrival, intensified the worries and seemed to indicate that the old man’s time was up.

At one point, claims emerged that the former Kanu Chairperson had passed away and the information was being kept from the public.

Moi’s right hand man broke his silence over the death rumours and assured citizens that Mzee was in no danger.

The stern face Njiru affirmed that the second president of the republic was having one of his regular medical checkups.

“It is wise and recommended that everyone gets a medical check-up, so that is what retired president Moi did,” commented the family spokesperson.

Reports pointed out that the ailing ex-politician was suffering from a lung condition identified as pleural effusion.

Experts familiar with the disease explained that it referred to the accumulation of fluids between the lungs and chest.

Details highlighted that conditions such as kidney failure and congestive heart failure, could be one of the many causes for the disease.