The high court is set to rule on Wednesday, November 6, 2019, on whether the IEBC should be compelled to fully release the updated voter register or not. 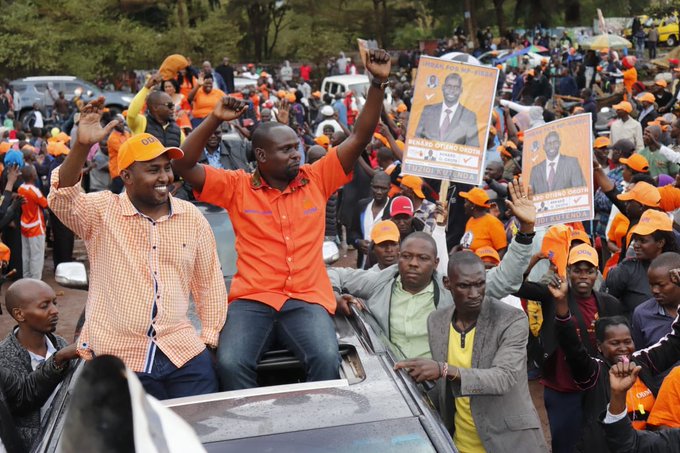 ODM had sued IEBC over reluctance to provide all voter details in Kibra. Photo/CourtesyThis was after the ODM party filed a case seeking the court to compel the electoral body IEBC to avail voter register including national ID or passport numbers, polling stations and phone numbers of all Kibra constituency voters ahead of the Thursday’s parliamentary by-election.

According to the ODM, IEBC is not transparent over the status of more than 30,000 voters in the constituency. The party argued that 19,200 people had their names removed from the register with 10,040 other new names not added to the register.

The party led by Raila Odinga claimed it took the action after it wrote to the commission thrice, on September 20, on September 30 and October 2 without receiving any responses.

The high court is set to rule tomorrow on whether the IEBC should be compelled to fully release the updated voter register
including national ID or passport numbers, polling stations and phone numbers of voters ahead of the Thursday Kibra parliamentary by election. #KTNPrime pic.twitter.com/1WNOo03Xo0

In its defense, IEBC maintained that its decision to withhold the identification information was aimed at protecting the confidentiality and privacy of voters, something ODM rubbished saying there was no legal basis for the explanations.

The electoral body explained that voter verification can only be done by individuals (voters) and not a political party.

It termed ODM’s claims as ill-informed adding that the commission had a role of protecting private information belonging to Kenyans, and not disclose it to political parties which the IEBC said have conflicting interests.

“Whatever information provided is sufficient for verification, unless ODM has undisclosed reasons. If personal identification marks are given to the petitioner, the role of verification on the part of IEBC will be put at risk,” stated lawyers Edwin Mukele and Mahat Somane for the IEBC.

In considering ODM’s case, the commission asked the court to balance between the two rights; privacy of citizens and the right of political parties to organise as well as participate in the political process of polls.

The by-election to replace the late Ken Okoth will be conducted on Thursday, October 7, 2019.