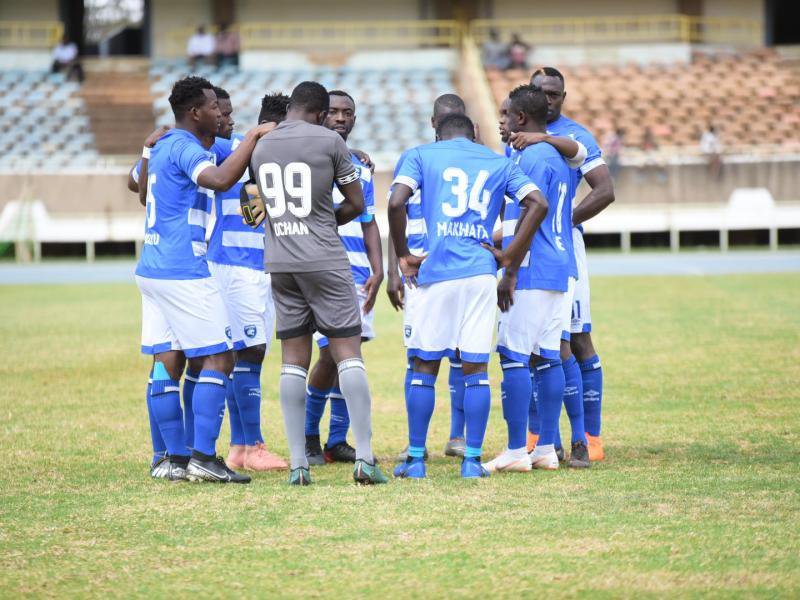 Gor Mahia and Bandari are still held up with continental assignments so they’re not taking part in this week’s Kenyan Premier League duties.

Seven matches lined up. Which one (s) are you looking forward to? #KPL pic.twitter.com/qiQTqjQlEj

It then means only seven fixtures are on cards; the one between Mathare United and Posta Rangers already coming out as a draw while Wazito FC have toiled to edge underdogs Sony Sugar at Machakos County Stadium.

The Mathare match, played on Friday, and that of Wazito, played earlier on Saturday, were beamed live on Facebook via MadGoat TV.

On the same pitch (Machakos County Stadium), Tusker will be battling against Nzoia Sugar as from 2pm before AFC Leopards lock horns with Ulinzi Stars. Both matches will be aired live on television.

Chemelil Sugar will be playing host to Kisumu All Stars at Chemelil Sports Complex as from 3pm to wrap up matches scheduled for Saturday.

⚽️ | Fine tuning ahead of the our @TheOfficialKPL encounter with Zoo Kericho tomorrow afternoon.

On Sunday, Kakamega Homeboyz will play against Sofapaka at Bukhungu Stadium at a time when Kariobangi Sharks will be hosting Zoo Kericho in Nakuru at Afraha Stadium. Both matches will start at 3pm.

Fans will part themselves with Sh200 for every terrace space and sh300 for every VIP seat.

Heading to the fixtures, Gor Mahia are still leading the pack with two matches at hand. They’ve won all their played matches to collect 15 points, one above second-placed AFC Leopards. KCB also have 14 points while fourth-placed Kakamega Homeboyz and the fifth placed Tusker have 13 points each.