AFC Leopards missed out on a chance to go top of the Kenya Premier League table after they were held to a barren draw by Uliniz Stars at the Kenyatta Stadium in Machakos. Leopards could have gone top of the table with a win but the point earned puts them level with eternal rivals Gor Mahia on 15 points.

Wazito Fc got their second win of the season an the first under new manager Melis Medo after edging out Sony 4-3 at the Kenyata Stadium in Machakos. Former Nzoia forward Elvis Rupia was the hero with a hat-trick for Wazito. 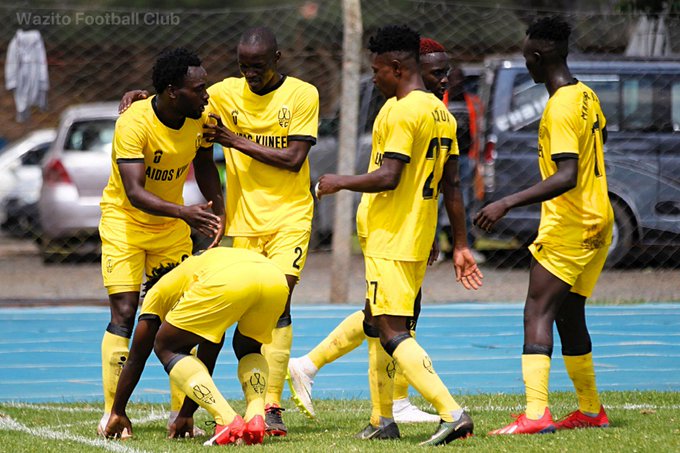 Derrick Otanga got the winner in the 83rd minute to earn Wazito the win and ensure that they climb up to 11th on the table with 10 points.

At the same Venue. Former Gor Mahia striker Timothy Otieno scored a brace as Tusker FC saw off Nzoia Sugar to go top of the Kenya Premier League table. Micheal Madoya scored the other while Nzoias’ two goals were scored by innocent Simiyu and Hillary Wandera.

Tusker is now top with 16 points, one ahead of Gor Mahia who has played three games less.

In the relegation six-pointer held at the Chemelil Complex, Chemelil Sugar played out a 1-1 draw with fellow strugglers Kisumu All-Stars. It was the first point of the season for Chemelil Sugar who remain rooted at the bottom of the table.

More Kenya Premier League action will be on display on Sunday with Kakamega Homeboyz hosting Sofapaka while Zoo Kericho traveling to face Kariobangi Sharks at the Kenyatta Stadium in Machakos.