With five days remaining to the November 7 Kibra by-elections, different parties participating in the race are pulling out all manner of strategies to popularise their candidates.

The most notable and recent one is the endorsement of the candidates by different ethnic groups.

“Had a refreshing and lively engagement with our brothers and sisters who hail from Ukambani. I thank them for the very frank and open discussions regarding the course of our nation” Raila Odinga posted on Facebook.

The coming together of Dr. Mutua and Ngilu to endorse Imran has left many people wondering just why Wiper Democratic Movement leader Kalonzo Musyoka has been so inactive in the city’s byelection. Is he losing political relevance?

According to political commentator David Oyola, the decision by Kalonzo to remain inactive on the Kibra race indicates that he has hanged up his political boots.

“Why would Wiper rally behind Butichi yet it is clear, he is not among the favourites for the race,” he quipped.

Oyola told Opera News, the Wiper leader is losing support both in Kambaland and the country at large while pointing out the recent ward by-election in Kitui where Wiper candidate lost to Maendeleo Chap Chap Candidate.

He said Dr. Mutua and Ngilu’s endorsement of Imran does not take away the shine from Kalonzo who is regarded as the supreme leader of the Kamba community.

Marende, however, stated that Dr. Mutua being courageous enough to endorse the ODM candidate shows that he is placing himself strategically for the future of Ukambani politics.

Regarding tribal endorsements, Marende said they matter because political groupings play a major role in influencing an election outcome.

“You remember in the US when Barack Obama was running for President, he was largely endorsed by Blacks then embraced by the Whites,” he said. 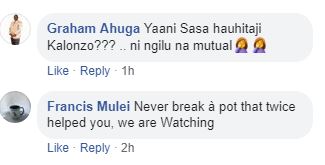 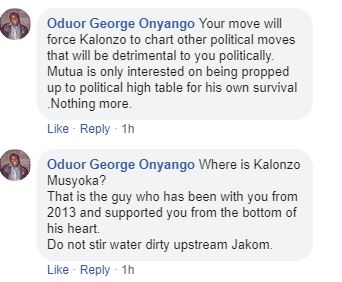