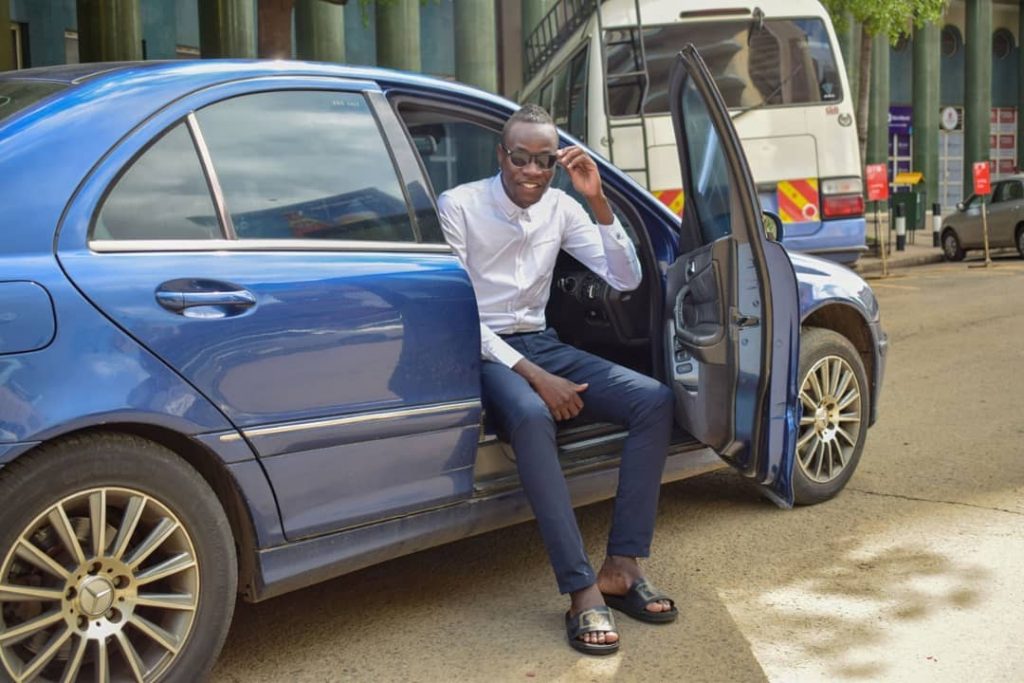 Gospel Singer Guardian Angel has revealed that he is selling his new car to raise funds to support needy children.

According to the ‘Nadeka’ hitmaker, he is willing to sacrifice his Mercedes Benz C200 so as to give his donation towards rebuilding the children’s house. The car is worth roughly Ksh 800,000 which the sing hopes will change the lives of the needy kids.

On his Instagram page, the singer revealed that he has a special attachment to this car because it is his first.

He, however, added that it gives him a sense of satisfaction because it is for a good course.

“I love this car deeply but sometimes you can only tell how much you love when you are willing to let go,” he wrote in his post

Guardian Angel made this move which is against the belief that first cars should never be sold. He also called upon serious buyers to reach out so that he may fulfill his intention.

Far from this plan, the singer has played an active role in charity programs at the community level.

He also counts as one of the inspiring gospel artists who has influenced many lives through his music.

Good afternoon Fam. They say first cars should not be sold but I don’t know who they is, never met them so am not sure they really said it 😂 anyway serious matters. I love this car 🚗 deeply but sometimes you can only tell how much you love when you are willing to let go… . The kids at Kariobangi Outreach children’s have transformed my life. I wish to sacrifice my car to give my donation towards rebuilding their house in the lower pic . sio raisi, lakini inabidi. Any serious buyer out there hit my Dm… #GUARDIANANGELGLOBAL #LOVEWINS. #LOVEWINS. #LOVEWINS.