With just 11 days remaining to November 7, 2019, Kibra by-election, Jubilee candidate Macdonald Mariga has intensified his campaigns in the constituency.

On Sunday, Mariga together accompanied by other Jubilee leaders took Lindi Ward in Kibra by storm as he embarked on seeking support from the constituency which is largely considered ODM’s stronghold. 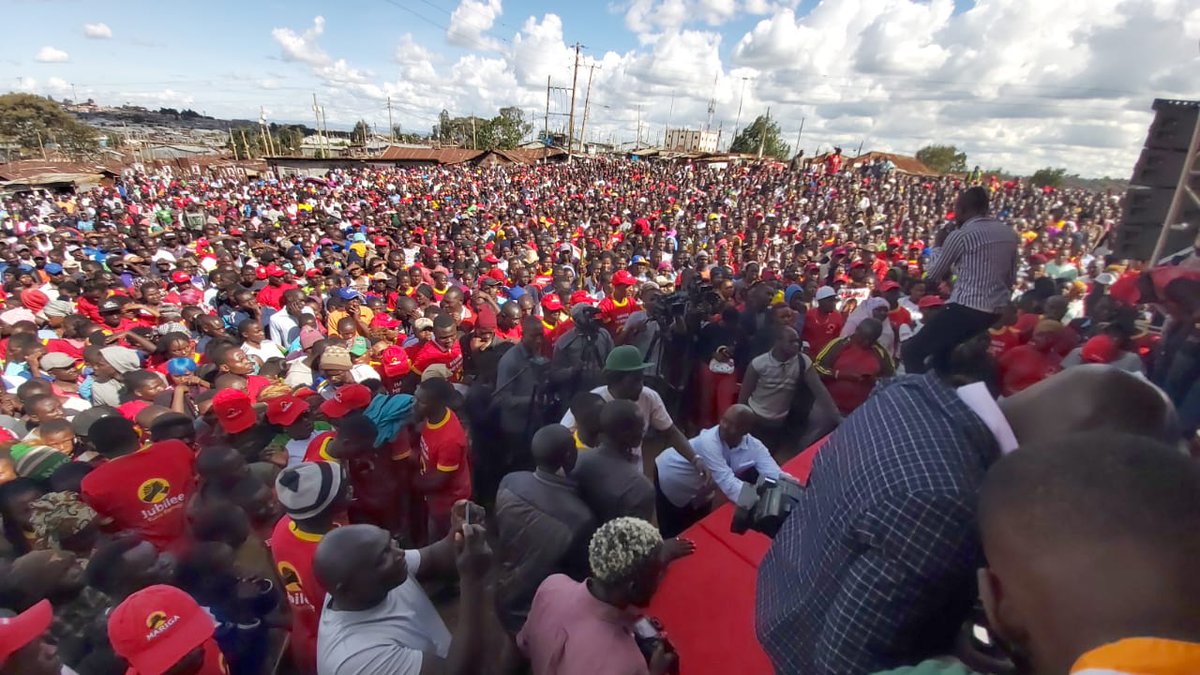 On Monday, Mariga who was accompanied by his mother Mildred Wanyama embarked on his campaign trails as he seeks to make history in the constituency.

Dressed in a green floral Kitenge as she held onto a crutch, Mariga’s mother, Mildred, listened keenly to her son as he unveiled his Sports and Education Manifesto.

Mariga promised to form a technical bursary committee made up of parents and teachers in each ward to ensure the transparent allocation of the bursary. 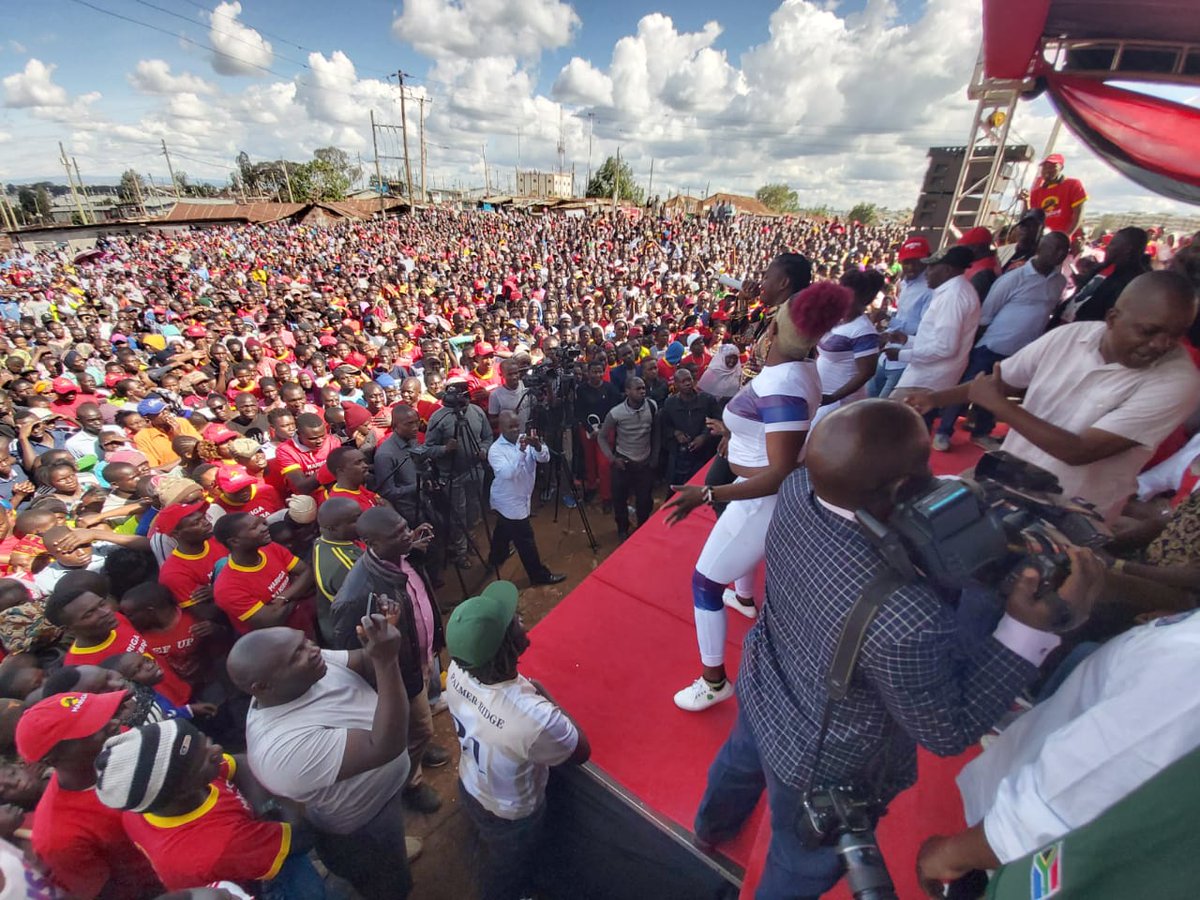 Over 118,609 registered voters are expected to go into the ballot in the upcoming mini polls placing one of the 24 candidates on Kibra’s legislative seat.

Mariga’s campaigns come at a time ODM party leader Raila Odinga is also at the constituency to campaign for ODM candidate Imran Okoth.

Mr Odinga together with a number of ODM elected leaders led a number of rallies that took place in the constituency with a mega rally being held at Laini Saba grounds.

The by-election was occasioned by the death of Ken Okoth who succumbed to cancer. 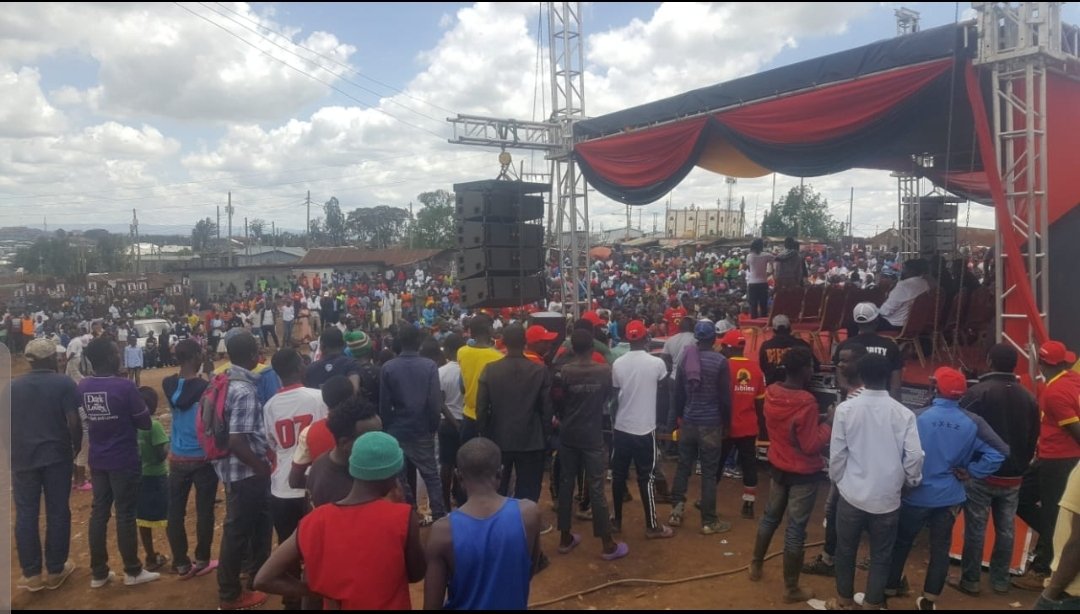 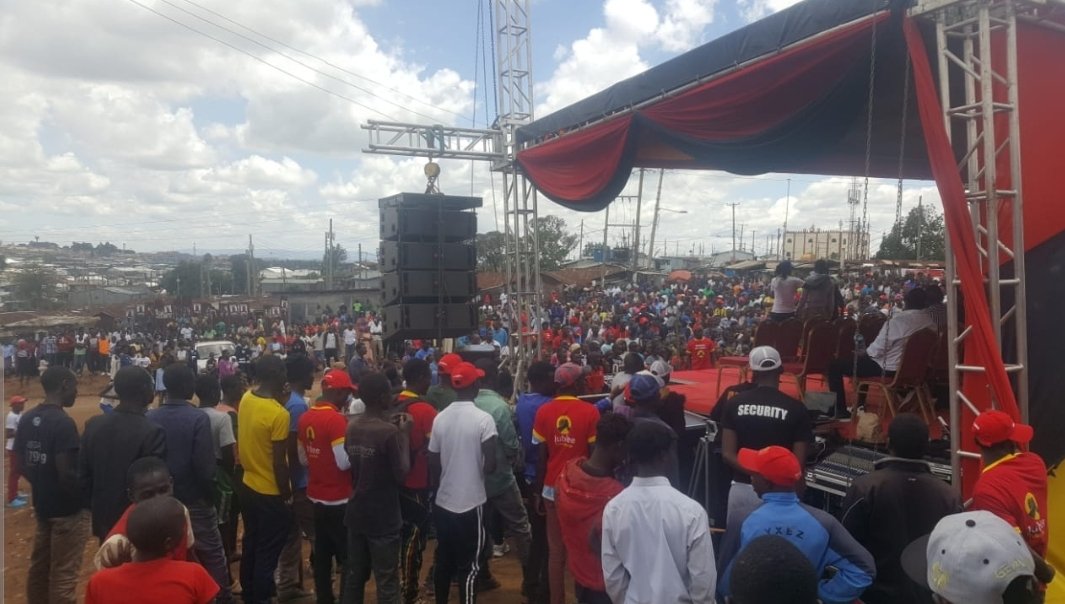