A section of Kenyans on Saturday bashed President Uhuru Kenyatta on Twitter as he turns 58.

Uhuru was born on October 26 1961 to the late founding President Jomo Kenyatta and Mama Ngina Kenyatta.

KTN Journalist Gachoka asked Uhuru to reflect on his legacy which he said is heavily dented by corruption adding that he should take action on leaders who perpetuate the vice.

Uhuru @StateHouseKenya as you Mark this day, reflect on your legacy which is heavily dented by corruption in your ranks. DP Ruto his cronies have mocked you, MPs have mocked you, the public has mocked you, in this fight make a difference & pay any price #HappyBirthdayMrPresident pic.twitter.com/UFIu8iE2sj 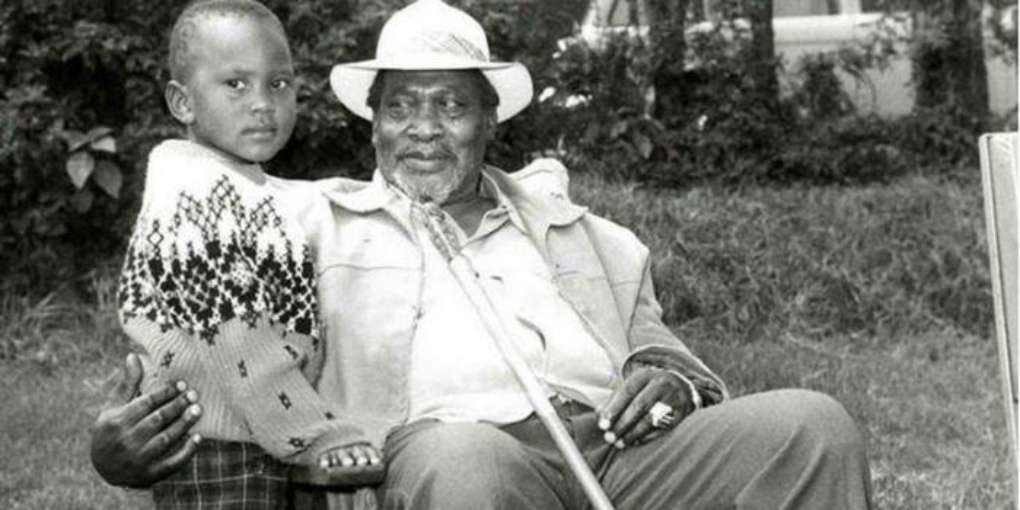 A young President Uhuru Kenyatta with his father the late Mzee Jomo Kenyatta [Photo, Courtesy]Just Arnold posted a collage of local dailies of some of the scandals that have rocked the Jubilee administration. 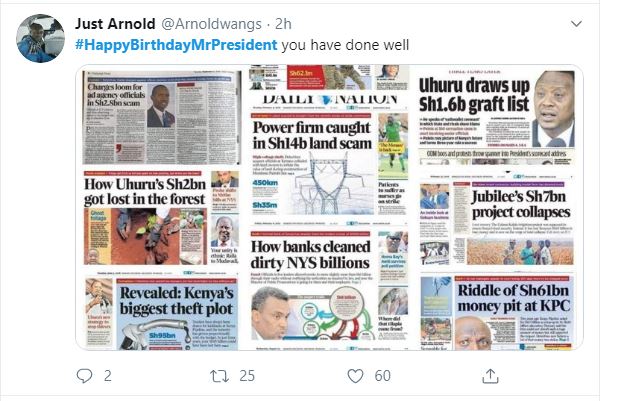 Amakanji Thomas wished Uhuru a happy birthday while at the same time reminding him that signing the Building Bridges Initiative (BBI) would be the best gift he can give Kenyans after the famous handshake. 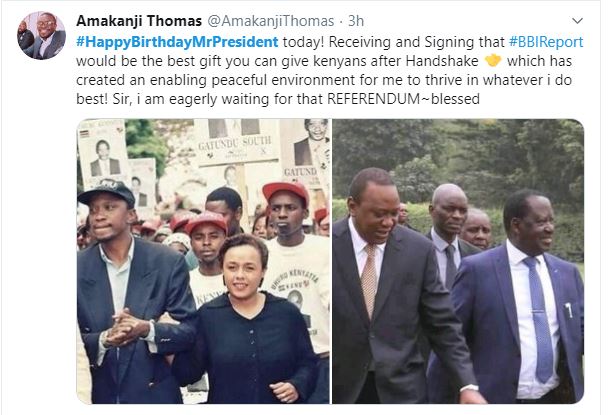 Brian Kosgei said he is not satisfied with how the Head of State has handled his second term. 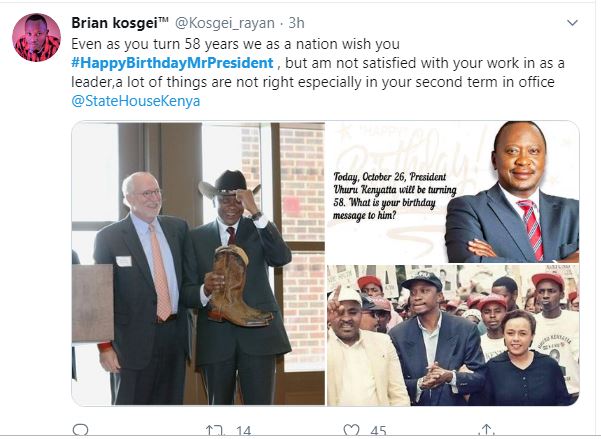 RK David tweeted: “Happy Birthday His Excellency The President. How I wish you just live the dream of hope Kenyans saw when they accepted you in 2013! U looked focused with white-shirt & red tie. Who confused u Sir?”

However, not all Kenyans bashed the President. Deputy President William Ruto reminded Uhuru of the promises they said they would actualise when they retire. 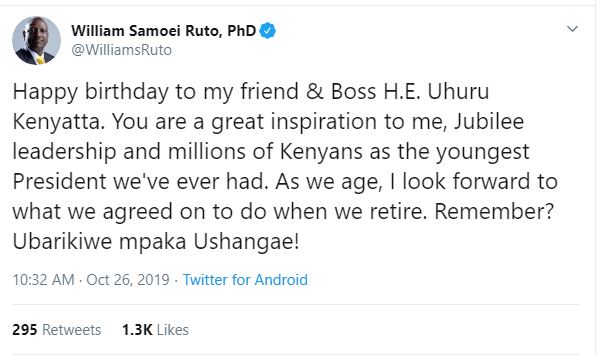 City Lawyer Donald Kipkorir wished him well for the remainder of his second term. 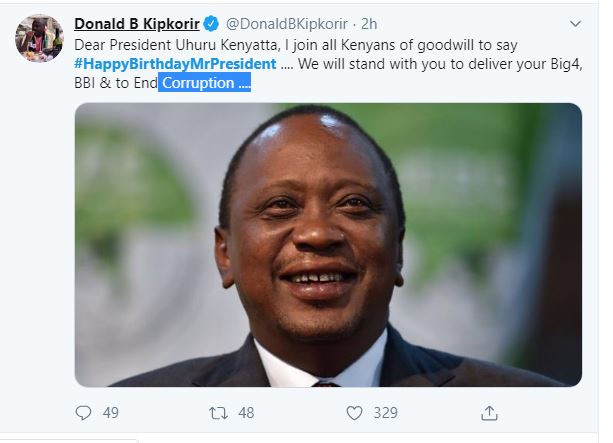 As you mark this special day, I pray that God fulfils the desires of your heart, and as I’m certain, leaving Kenya better tops your desires.
May the Big 4 succeed
May the path to your good legacy be a sure one.#HappyBirthdayMrPresident pic.twitter.com/SygqIRQFJN

58 never looked so good. Happy Birthday Your Excellency,President Uhuru Kenyatta. May the good Lord continue showering you with his blessings, wisdom and knowledge to lead our beloved country Kenya for a great future.. #HappyBirthdayMrPresident pic.twitter.com/jClOhZLJlW

Even though you’ve taken this country as a AOB ,I will bitterly wish you a happy 58th birthday ,president Uhuru Kenyatta. #HappyBirthdayMrPresident pic.twitter.com/t1EiUk8nPE

#HappyBirthdayMrPresident and as the night settles and the quietness gives in and the keyboard warriors give up their fingers for sleep, one thing remain you are still the C-in-C. Let the peace of Kenya be your reflection today.#KOTLoyalsOnly pic.twitter.com/4TOcXbmh0V