Truth be told, being in the public eye is not easy as everyone is just involved in your business.

They will dig into your life trying to establish what is going on more especially if you are dating Nick Mutuma.

In Q and A session on her insta-stories, Shighadi responded to a question about why she does not post Nick, a question that has left most of their fans puzzled.

“I realized the value of privacy more than anything. I do not believe you have to post someone to prove you love them or are together. I think that’s being insecure” she wrote.

The fashion model also revealed that she was not married to Mutuma. 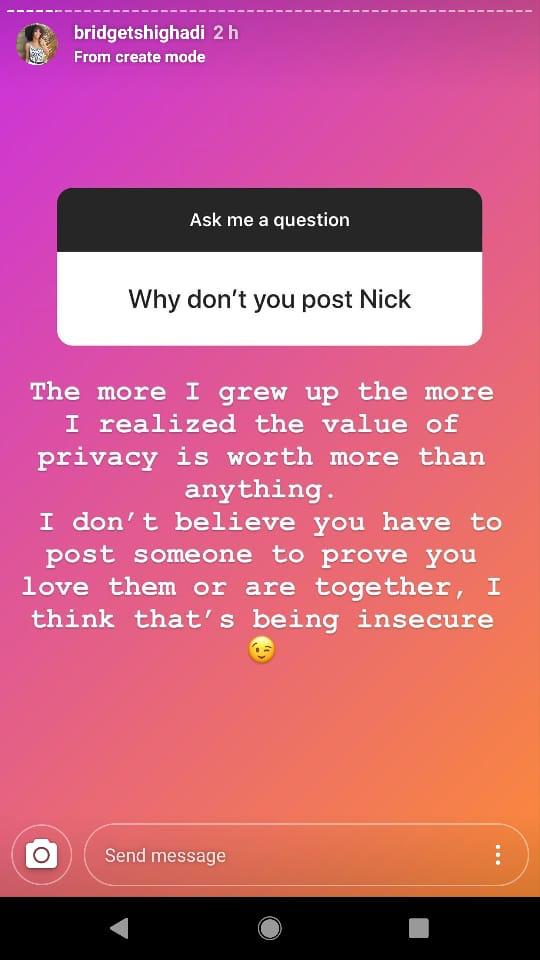 As it turns out, Nick also shares the same sentiments about posting his spouse on social media.

In a past interview, Nick revealed why he does not like posting photos of his girlfriend.

“I used to be one of those guys who was very…like if I was dating somebody I didn’t see any problem putting them on Instagram or social media. But then I realized it’s important to protect the people that you care about especially from the limelight and the negative things that come with it,” Nick said.

On and Off Relationship

The couple who have been together for years now; despite their on and off relationship seem to have settled down after the arrival of their daughter, Dua.

The two reportedly broke up in 2017 before reconciling and when they did, they opted to keep their love affair under the bed.

Despite their efforts, fans had an inkling that the two were together because they each welcomed a baby girl around the same time

Even with their decision to keep things low-key, Mutuma and Shighadi are proud parents and this was visible when they celebrated their daughter’s first birthday together.