Jubilee Kibra candidate Macdonald Mariga has just made the fears by ODM party a reality.

Mariga’s rally on Friday, was alleged to have shown clarity on why the Raila Odinga party started hitting the panic button with weeks to the by-election.

The former Inter player invited the residents of the area to go shopping with him, in what was seen as a campaign strategy, as the final stretch approaches.

In the activity dubbed ‘Twende Sokoni’, the brother to Tottenham player Victor Wanyama, was reported to be a plan by him to launch his Trade manifesto.

The supporters of the contestant heeded the call and tuned out in huge numbers donning t-shirts bearing his name.

The Mariga team, is seen bringing goodies to the people in what was a door to door exercise.

Here are some of the photos of the situation on the ground. 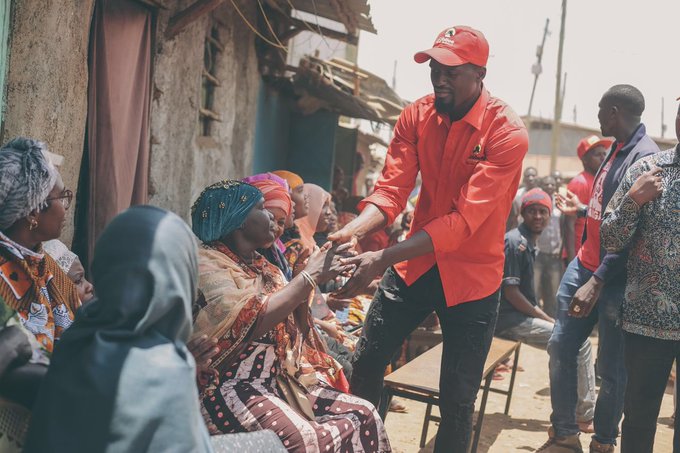 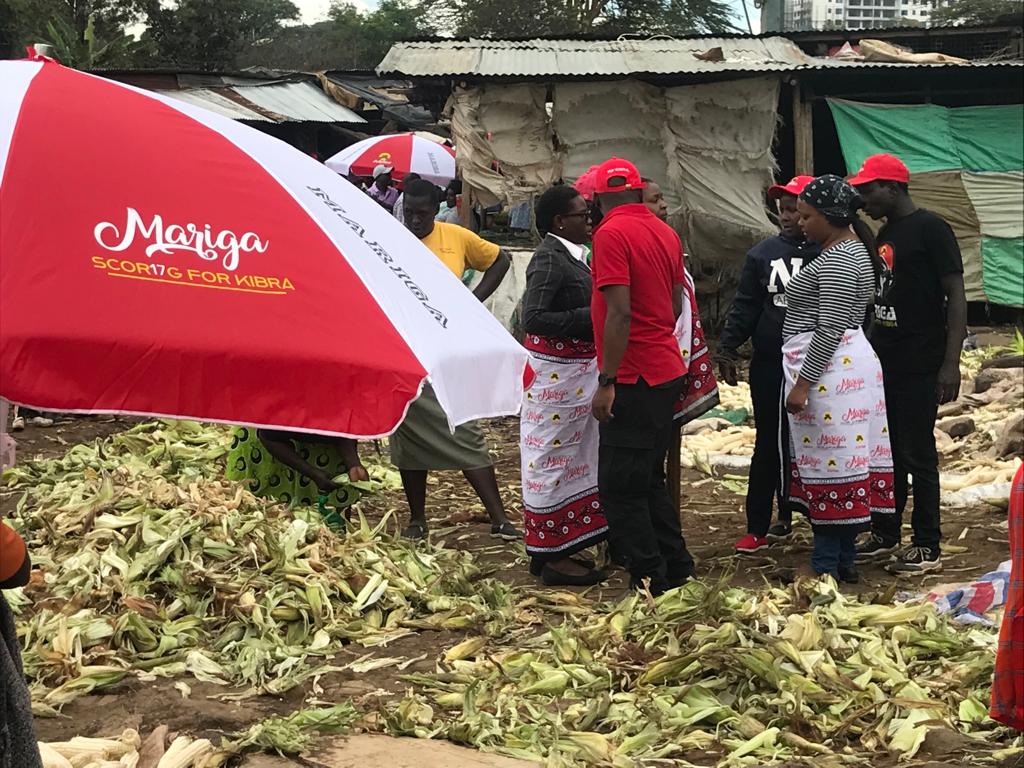 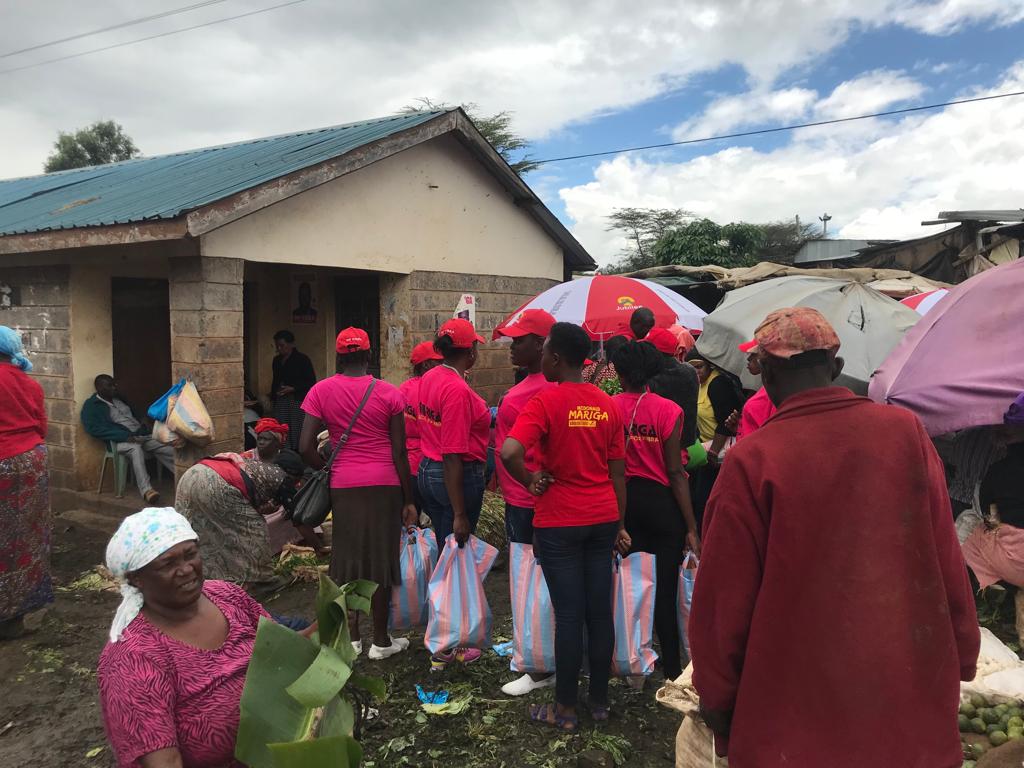 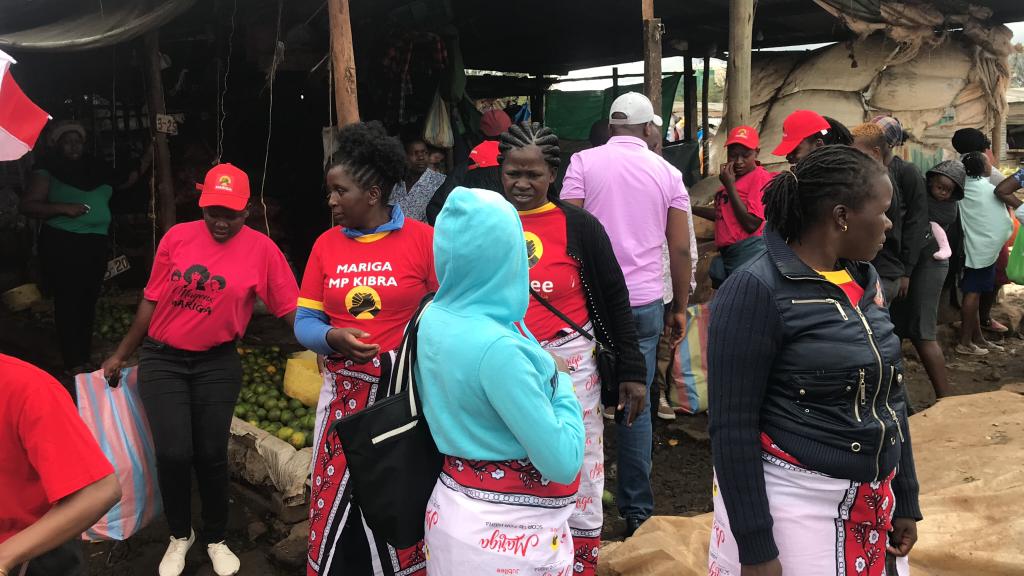 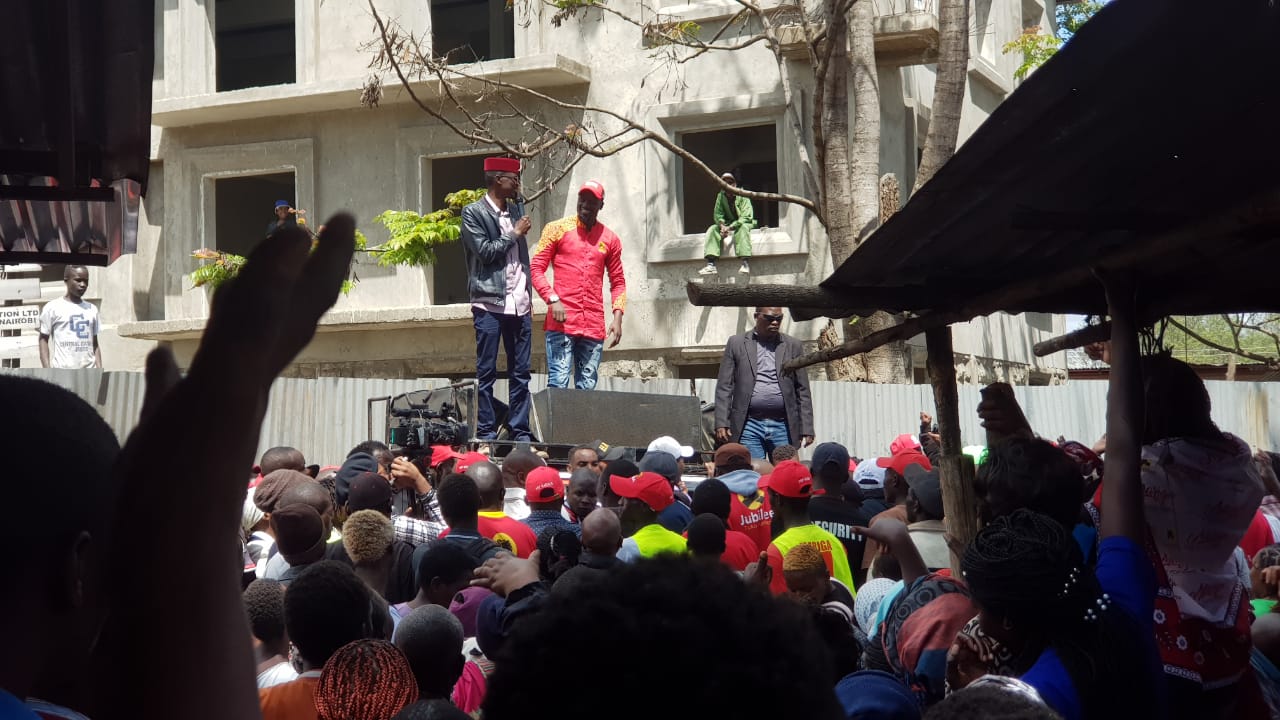 Kibra is all red. Development on its way to this place #SCOR17G4KIBRABiashara pic.twitter.com/wMMozogVvu

Netizens elicited different reactions to the the ‘Shopping Spree’ with some quick to burst Mariga’s bubble while others urged the ex-Harambee stars captain to play on.

Another netizen Kakamega Pundit, declared that,”Their eloquence and theatrics i see on some mariga’s opponents are jokes to play with our minds we dismiss them. They fear losing it already.”

Borrow Yeng asserted that,”Kwa ground Mariga will always deliver. This is a generational leader who when elected, will always work on ground.”

From the look of things, Baba and his team have lost hope for Kibra elections. Mariga is a winner in waiting #SCOR17G4KIBRABiashara pic.twitter.com/J5yHqAKcsd

Mariga and his jubilee are too witty for odm#SCOR17G4KIBRABiashara

The rally comes days after the Deputy President William Ruto dubbed candidate, held a cup tournament in a bid to sell his sports agenda to the masses.

The event took a twist as the footballer turned politician struggled to address the members of the press after being questioned about his game plan for the elections.

The showing by Mariga questions on whether his rival ODM Kibra candidate Imran Okoth has a response up his sleeves before the big day, November 7.