Arsenal center back Rob Holding has revealed that teenage forward Gabriele Martinelli is a nightmare to train against. The young Brazil international has had a positive start to his Arsenal career and already has four goals to his name so far this season.

In an interview ahead of the Europa League clash with Vitoria Guimaraes Rob Holding has revealed that Martinelli gives him such a hard time in training to the point where he hates playing against him.

“In training every day, he works hard. He puts you under pressure constantly and never stops running, which as a center-half is a nightmare. You want a striker that will sort of give up on you, but he never gives up,” Holding said.

“His finishing has been unbelievable, even with his head. He’s only a small guy but the headed goals he’s scored in the Forest game and the Standard Liege game have been incredible goals, to be fair to him,” he added. 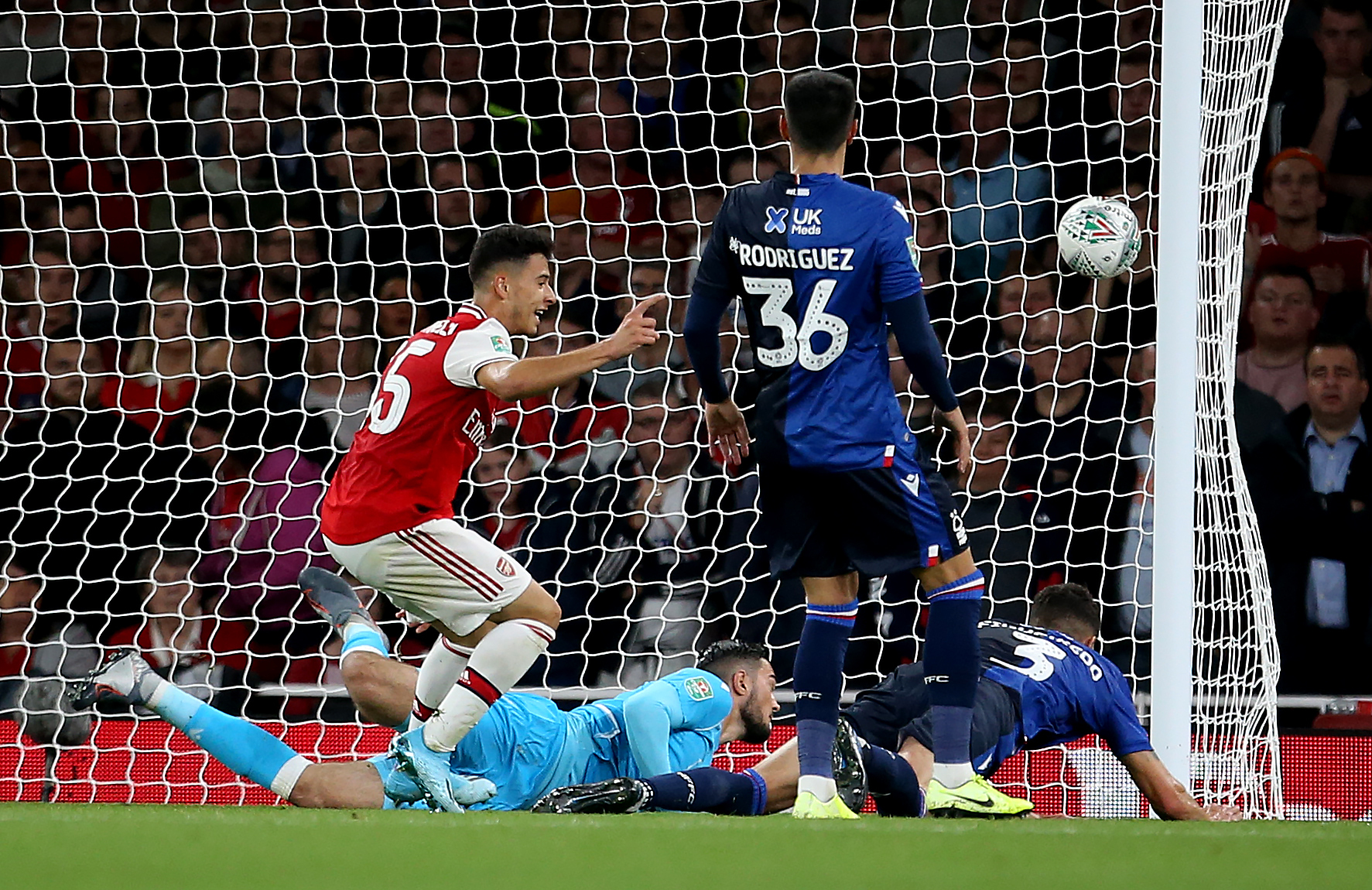 Martinelli joined Arsenal in the summer transfer window from Brazilian side Ituano. He was the Gunners first signing last summer and was confirmed shortly after the arrival of Technical Director Edu Gaspar.

Arsenal will be looking to make it three Europa League wins in a row when they welcome Vitoria Guimaraes on Thursday. Unai Emery and his team made the finals last season but lost in embarrassing fashion to fellow Premier League side Chelsea 4-1.