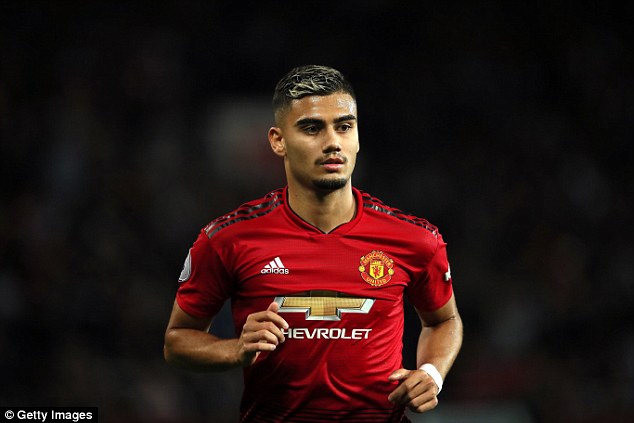 Manchester United will be traveling to Serbia for their UEFA Europa League clash against Partizan on Thursday.

Ahead of the Group L battle, midfielder Andreas Pereira looks ready to replicate his performance at Old Trafford against visiting Liverpool, last weekend.

He was very instrumental in the match which eventually ended 1-1; with the Reds breathing a sigh of relief for 85th minute Adam Lallana equalizer.  Marcus Rashford had scored Man United’s opening goal in the 36th minute.

Pereira has taken to social media to call upon his colleagues to rise for a do-or-die match while rallying the entire Man United fraternity for support. 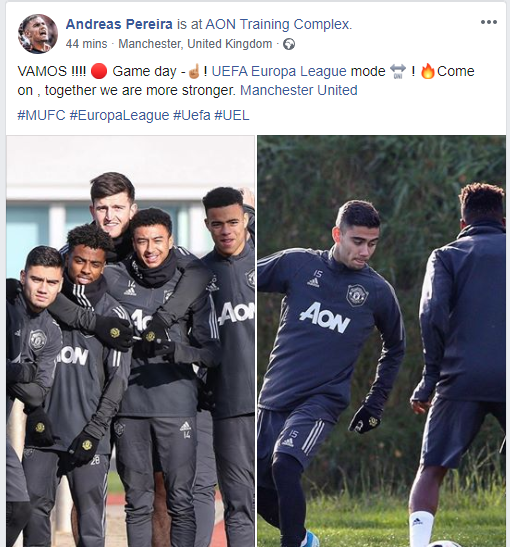 His fans and those of Man United as a whole then thronged the post with good luck messages.

Others, however, told Pereira and the team to take care of any form of complacency into the match. All they want is a straight win in order to improve their standings in the group.

So far, the Red Devils are second on goal-difference with four points-same with leaders Partizan from two matches apiece. Dutch side AZ Alkmaar and Kazakhstan Premier League outfit Astana are third and fourth respectively.