Juventus narrowly beat Locomotiv Moscow in their Group D Champions League match played on Tuesday, but Cristiano Ronaldo did not shine as was expected.

On Wednesday morning, Faire Play, a European media outlet posted a question to fans asking their take on Ronaldo’s performance in the match, and reactions erupted. Reactions in defence and praise of the Portugal star. 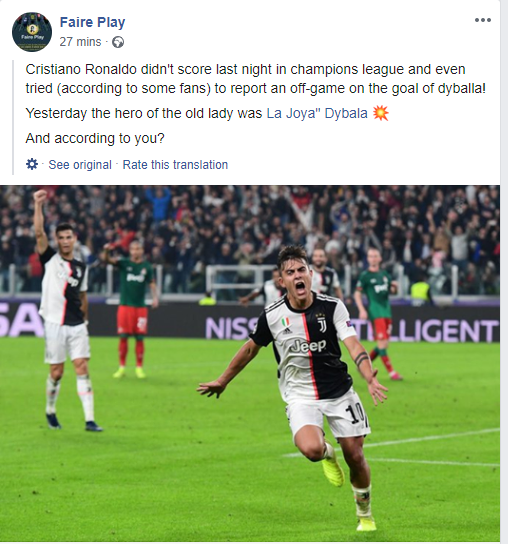 “Cristiano Ronaldo didn’t score last night in champions league and even tried (according to some fans) to report an off-game on the goal of Dyballa! Yesterday the hero of the old lady was La Joya” Dybala” the post read as loosely translated to English.

“What jealousy it shit at the end the point well closed is to celebrate the goal so stop it from dirty people’s name on all Cr7,” one fan said. 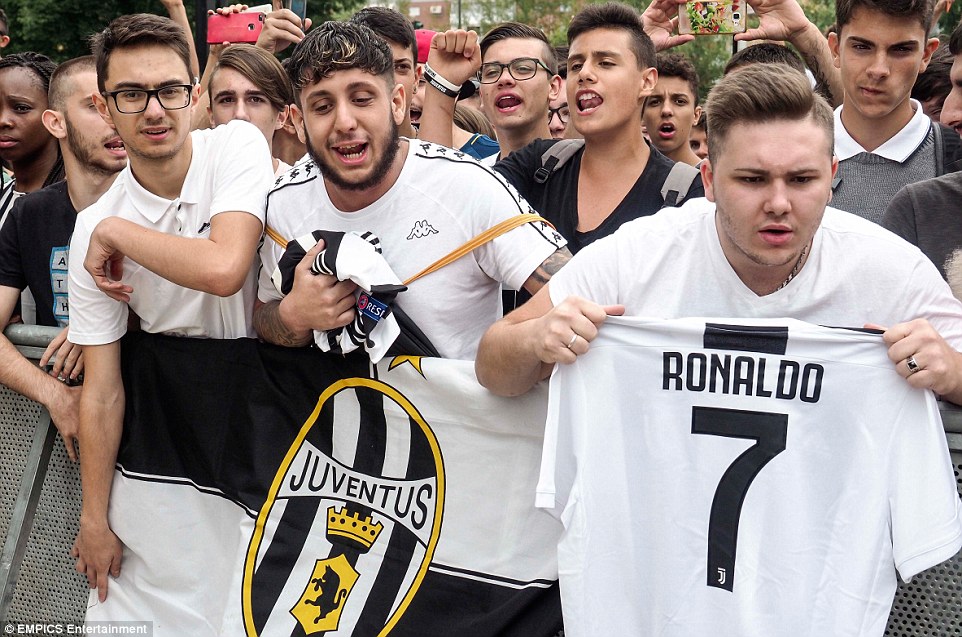 “I am not particularly fan of Cr7 but look at the expression of his face, he was not very happy with the goal surely. It must have been his to score, but look at his hand handle. It’s a sign of victory. A sign of strength! If he was reporting, he would have opened his hand handle, basically that’s it,” another one posted.

“Only the hatters and some con will believe this is true lol,” another fan exploded.

That Juventus victory pegged them at the summit of the group on goal difference from three matches. Atletico Madrid are second while Bayer Leverkusen are at the bottom.