In March 2009, Former President Mwai Kibaki, flanked by a mean-looking first lady Lucy Kibaki, called for an extraordinary press conference to deliver a very special message; he had only one wife.

The woman at the centre of the storm was Mary Wambui, who in 2013 replaced Kibaki as Othaya MP.

Wambui is in the limelight again after being appointed the chairperson of the National Employment Authority (NEA). Yes, when you think you have seen enough and nothing can surprise you, Jubilee government pulls a fast one on you.

But perhaps Wambui is the answer to the unemployment menace in Kenya. A woman who can ‘threaten’ the first lady is capable of pushing the youth beyond their comfort zones.

Also getting a state job is Edwin Abonyo, the widower of former Bomet governor Joyce Laboso. Our President is an understanding man, the Laboso family lost their breadwinner and Edwin needed a job to provide for the family.

Here are the stories making headlines this morning;

Raila Family in Fight for Property With Fidel’s Widow 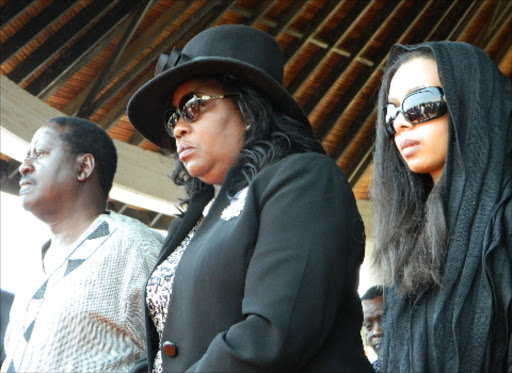 A statement to the police by opposition chief Raila Odinga’s family over the mysterious death of their son has triggered a bitter fallout with the widow that has spilled into court.

The Curse of the Handshake

The closing of ranks by MPs to raise the debt ceiling to Sh9 trillion is the latest pointer to how the political truce between President Uhuru Kenyatta and Opposition leader Raila Odinga has turned politics on its head, both in parliament and outside the House.

Motorists and passengers hang on a thread to cross Likoni ferry The death of a mother and daughter whose vehicle plunged into the Indian Ocean on September 29 does not appear to have sent any warning message to the management of the Kenya Ferry Services (KFS).

With just one week before the start of KCSE exams, Interior Cabinet Secretary Fred Matiangi and his Education counterpart George Magoha, have assured Kenyans that strict measures have been put in place to prevent exam leakage. Do you think the government will guarantee zero cheating?