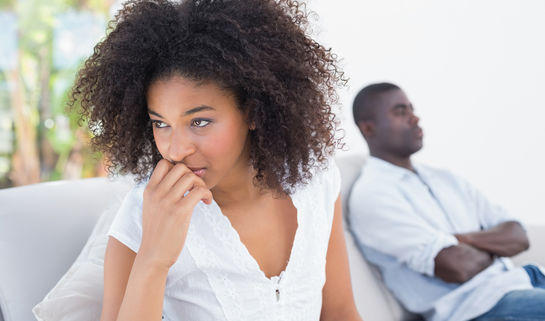 Parents have been asking kids to stop fighting since the beginning of time.

However, things happen and kids fall out for various reasons. Below is a confession of a sister who is constantly living in fear after discovering her brothers deepest secret.

A few days I got invited out by a friend to a nearby town to go clubbing at night. Since there was a function, the club was crowded and I was not used to crowded and locked up areas.

As a result of this, I was running out of breath, people were crowded and I heard a commotion in a dark corner not far from the club. Out of curiosity, my legs carried me there and I couldn’t believe my eyes…my brother had stubbed a lady!

I even thought I was dreaming and I turned to head back to the club, but just at the door a fight had broken out and my friend who had brought me with him was looking for me. I didn’t even have the courage to speak so he thought I was going down with panic attack (since two years before when I was back in school I was diagnosed with it and was prescribed some sleeping sedatives and ant depressants which I nearly got addicted to and couldn’t sleep without them) so he took me back home.

The following day I still thought I was dreaming until my brother walked up to me and threatened me. And that is how I packed a few of my clothes and left home. After which I tried to reach my mother and explain things to her but she never listened.

But after a while, another of my sister left home and she had a little baby with her maybe these are what made my mother realise what was really happening. And over the time I’ve been changing numbers because he had been trying to reach me and finally my mother warned him and things seemed to cool down.

But he has called me again and am afraid I don’t know what to do any more and haven’t slept for the last three days I feel sick there is so much pressure and I don’t even think I can open up to anyone since the two people I could talk to also have problems of their own and I don’t want to add to it.

Should I forgive my brother and go back home even when I know he is a killer? Was I supposed to sell my brother out to the police after I saw him stab the lady at the club?