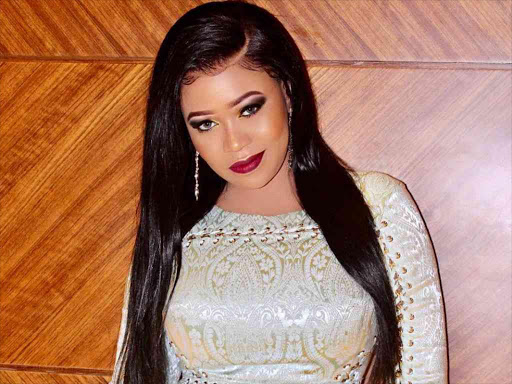 Popular Kenyan socialite Vera Sidika has been forced to respond to pregnancy claims. This comes after hawked-eyed netizens claimed that she is expectant.

Vera had shared an Instagram post revealing that she has gained weight. The sassy socialite also mentioned that although she looks like a ‘cartoon character’ , she still loves it.

Some of her fans suspect that she has a baby bump although it was not visible in the photo. Most of her followers could not hide their thoughts and revealed that pregnancy is the reason why she has put on weight.

She, however, did not confirm or deny the claims but seemed excited about the whole conversation with her fans.

Vera agrees with fans that she could be pregnant. The businesswoman has been all happy and less dramatic ever since she started dating her Tanzanian lover; Jimmy Chansa

There is a popular belief that if you are loved and treated so well in a relationship, you have higher chances of put on some flesh. Some believe that this is one of the contributing factors.

The socialite has in several interviews revealed that she is ready to get a child. Apart from this being one of the reasons to fuel the pregnancy claims, she has in several instances called her lover ‘baby daddy’

Earlier this year, Vera said she was ready to be a mother and her wish is to have four children.

Check out some of the comments