Diamond Platnumz 3rd baby mama Tanasha Donna has finally revealed the secret behind her flat tummy weeks after her delivery.

Many of her fans seemed curious and equally shocked after Tanasha shared a photo on social media. According to Tanasha, achieving such a transformation depends on an individual’s body type.

“Everyone is different and people have different genes,” she stated in her post 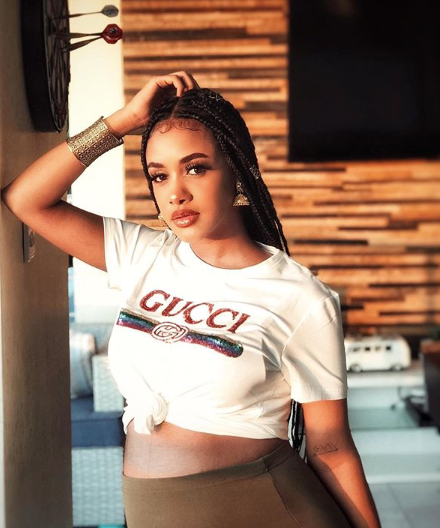 Tanasha also mentioned that she prevented stretch marks by using a certain lotion on a daily basis.

Although she gave many factors that she thinks contributed to her flat tummy, Tanasha was reluctant to give a specific secret for her physical change.

There is an assumption that getting rid of belly fat after delivery is quite difficult. However, the Kenyan beauty has proved us wrong.

A great percentage of ladies struggle with belly fat after delivery and are forced to hit the gym to get their flat tummies back.

Her advice to ladies is that they should love their bodies regardless because it takes a lot to carry pregnancy.

Tanasha described her motherhood experience as exhausting but emphasized that she loves it regardless.

Ever since her delivery, the radio presenter has been keen to keep her child’s face off social media. She also mentioned that she will only introduce her son to the world when she feels that it is the right time.

On whether she plans on having another child, Tanasha stated that she might have a second child after 5 years.

Here are the screenshots