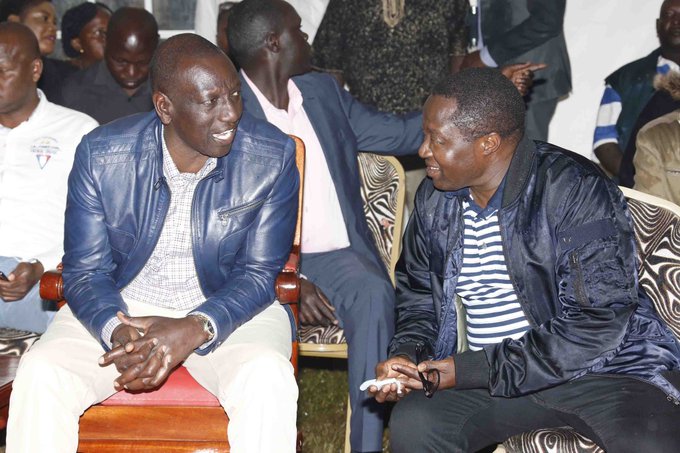 Deputy President William Ruto has come out to clear the air over his 2022 Candidacy as pressure Mounts from his supporters for the Jubilee Party to declare him the automatic Presidential flag bearer.

Speaking in Malinya where he visited former Kakamega Senator Boni Khalwale’s home to condole with him following the death of his wife, Ruto stated that the ruling Jubilee Party does not have any preferred candidates heading into 2022.

The DP confirmed that all seats in Jubilee will be subjected to nominations and the Party members will get a chance to choose their leaders of choice.

“We embrace democracy and respect the will of the people. We will all compete for different positions in the nominations. There will be no direct ticket in Jubilee Party in all the seats,” Ruto said.

“As a democratic party, we are open and transparent in the way we carry out our activities,” he added.

Ruto also revealed that the Jubilee Party is in the process of strengthening it’s presence in the grassroots and as such the party will hold elections in the areas next year.

“We are going to have grassroots elections next year to have men and women competent to manage the affairs of our party,” Said Ruto.