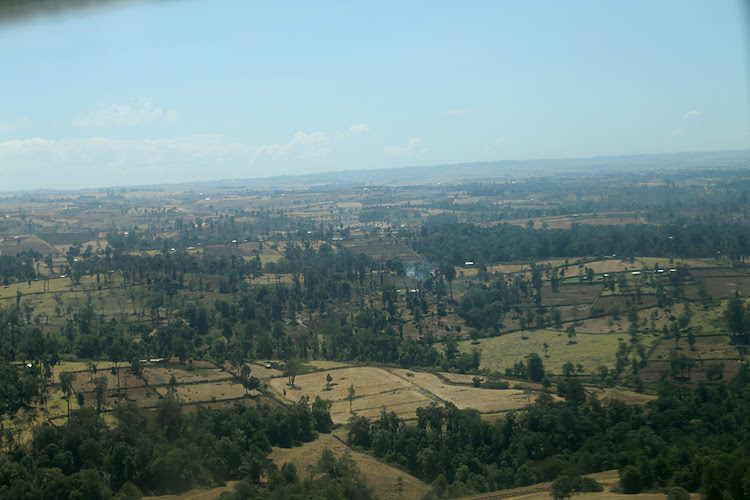 As the evictions from the Maasai Mau forest gain momentum, mystery still surrounds how schools were constructed inside the complex.

The government had given settlers 60 days to move out of the forest voluntarily. The window closed on October 3.

This left pupils attending 15 schools in the area in limbo. But the question is how the schools got established in the first place.

A letter from Narok county director of education Philip Wambua dated September 2, 2019, shows that the 15 schools had not applied for registration.

However, they had inquired on what they needed to assemble so they could be considered for registration.

In the letter, Wambua wrote to Belio Kipsang, PS of State Department of Early Learning and Basic Education. He said the schools were started around 2017 to cater for pupils whose parents had migrated and settled along the Mau forest belt. All the primary schools are in Narok South sub-county.

“Each of the 15 schools was attached to an already existing primary school, herein referred to as mentor school,” Wambua said.

“They had attempted to meet some of those requirements. However, they could not get land documents,” Wambua said.

He said the matter had been brought to the attention of the county education board.

The board, in turn, advised that they had to acquire the land documents and be approved by the National Environment Management Authority before they could be considered for registration.

On staffing, Wambua said the schools had no Teachers Service Commission-employed teachers.

“Once schools open in the third term, the effort will be made to verify who actually attended to the pupils in those schools,” he said.

He said the pupils were being mentored by heads of already existing primary schools.

Wambua said the mentor schools were also the nearest primary schools that could accommodate the pupils from the 15 schools if they were closed.

The announcement that the 15 schools will be closed ruffled feathers of many political leaders from Rift Valley. Deputy President William Ruto said students have a right to education.

“Some unscrupulous leaders colluded with headteachers to establish the schools,” he said, adding that according to government records, the schools have not been registered with the Education ministry.

“Teachers Service Commission had not deployed any teachers to the schools in the Mau, as claimed by a section of Rift Valley leaders opposed to the eviction exercise,” Natembeya said.

“If any politician feels like discussing the issue, they are free to visit me. Let them bring proposals on the table and we discuss.”

All the 15 schools had four permanent classrooms, which were at different stages of completion. In total, there were 31 semi-permanent structures.

Wambua said the information had been obtained through telephone, as the schools were not accessible.

Some 1,029 persons are claimed to be the original owners of land inside the forest. Also, 6,965 persons claimed to have bought land in Maasai Mau forest.

This is according to a report on the validity of the title deeds issued in the extension of five group ranches beyond their adjudicated boundaries into the Maasai Mau forest.

It found that 716 people had title deeds, while 4,439 people had other documents, including allotment letters and sale agreements, to support their occupation.

Another 2,741 people had no documents to support their claims to forestland.

Phase II reclamation targets 3,372 households, which is equivalent to 16,860 persons.

The government said all the title deeds were fraudulent, illegal, null and void. They are not protected by Article 40 of the Constitution of Kenya, 2010.

Also, the government has said that those with sale agreements and letters of allotment did illegal transactions between private individuals and are of no legal or constitutional validity.

The government also said all those without documents have no protection under the law.

Phase I reclamation of Maasai Mau Forest was undertaken in July 2018 and 4,500ha (11,115 acres) of forestland recovered from Nkoben, Kosia to Kass FM.

Twenty-eight title deeds were voluntarily surrendered by different individuals and entities with an accumulated acreage of 1,234 ha (3,048 acres).