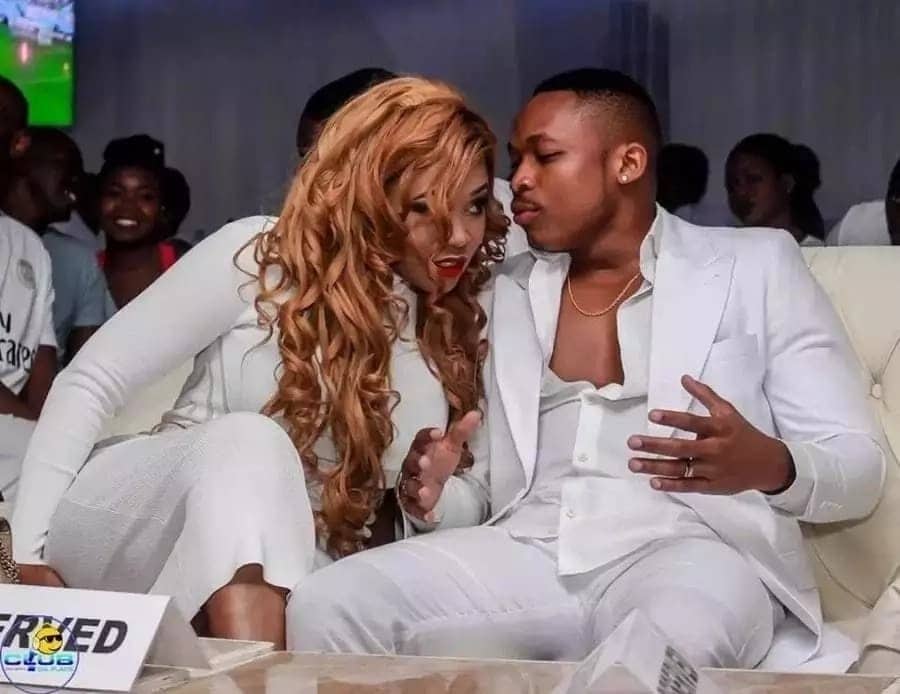 During Vera Sidika’s birthday, her ex-boyfriend Otile Brown shared a birthday message dedicated to her on his Instagram account.

After they broke up, Vera blocked him on her Instagram account hence was left wondering where he got her photo from.

She never expected the message from him because they rarely talk.

Otile tried talking out their issues after they parted ways but it was too late.

Vera said that he followed her to her posh salon but even if they talked out, they could not get back together since she has moved on the same case to Otile. During the Wsafi FM interview, on being asked whether its true Otile had broken up with his new girlfriend, Nabayet, according to his latest hit song, Vera said that could be a way of being relevant in music but the issues addressed in the song could be false.

She is currently dating a Tanzanian doctor, Jimmy Chansa, whom they have dated for about five months. Since the two live in different countries, Vera said they will be traveling to link up though she hates long-distance relationships.

Regarding her future she said that they will talk out and decide who will shift. She might relocate to Tanzania and operate her businesses there or Jimmy might relocate to Kenya if he gets a better place for his profession.

The main challenge that she encounters in relationships is being uncomfortable since many men think she is never serious because she is a successful lady hence needs no man to look after her.

Recounting her previous relationships, Vera said she had to quit her relationship with the Nigerian man because he was abusive. She could not withstand it.

She, however, refused to address the rumors that she was taking care of Otile since she is rich and successful than him. “Kwa hayo sitasema lolote,” she said.