Contrary to earlier reports that the vocal MP had gone back to her former party ODM and offered to support Imran Okoth, Aisha who seemed determined declared that she was still in Ruto’s camp and fully in support of Mariga’s candidature.

“I have also come to set straight what has been peddled about me for the better part of the day. I initially said I will not leave Ruto and that hasn’t changed. I was surprised by the visit and as you saw I never said anything. This is where I am opening up now because my heart is here,” stated Jumwa

Aisha insisted that she was still in Ruto’s camp and nothing was going to change that soon.

Jumwa insisted they could not be left out of the government when other people had already joined through the backdoor and started enjoying the fruits.

“My handshake candidate is Mariga. Wherever you see the deputy president, Aisha Jumwa is also within there. We cannot remain outside the government while others have already gotten in” she stated.

I did join H.E Dr. @WilliamsRuto and other legislators in a meeting with Divine Church elders at Mash Park Hotel, Nairobi to drum up support for Mariga for Kibra MP.@OleItumbi, @kipmurkomen, @KBonimtetezi#NaitwaSishuki pic.twitter.com/LK4OeGVFyh

She had joined DP Ruto and other legislators in a meeting with Divine Church elders at Mash Park Hotel, Nairobi to drum up support for Mariga for Kibra MP.

Aisha Jumwa speaks after controversial handshake with Raila revealing she was ambushed.

Earlier on, reports had emerged that the once ODM MP had ditched William Ruto’s Tanga-tanga team and go back to ODM. This was after photos emerged of Raila with the MP together with ODM candidate Imran Okoth.

The reports claimed that Aisha had joined other members of ODM in a meeting to discuss party issues at the same time Kibra by-elections. 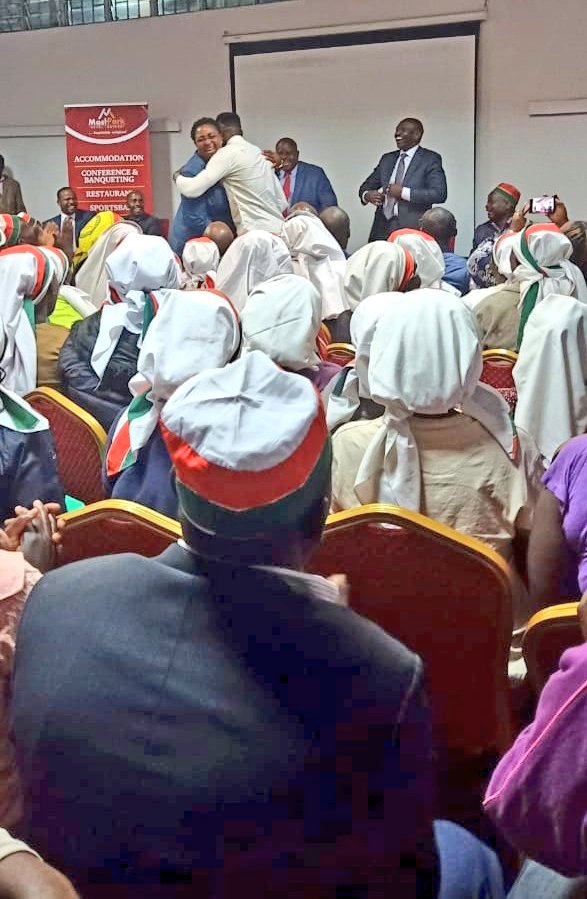