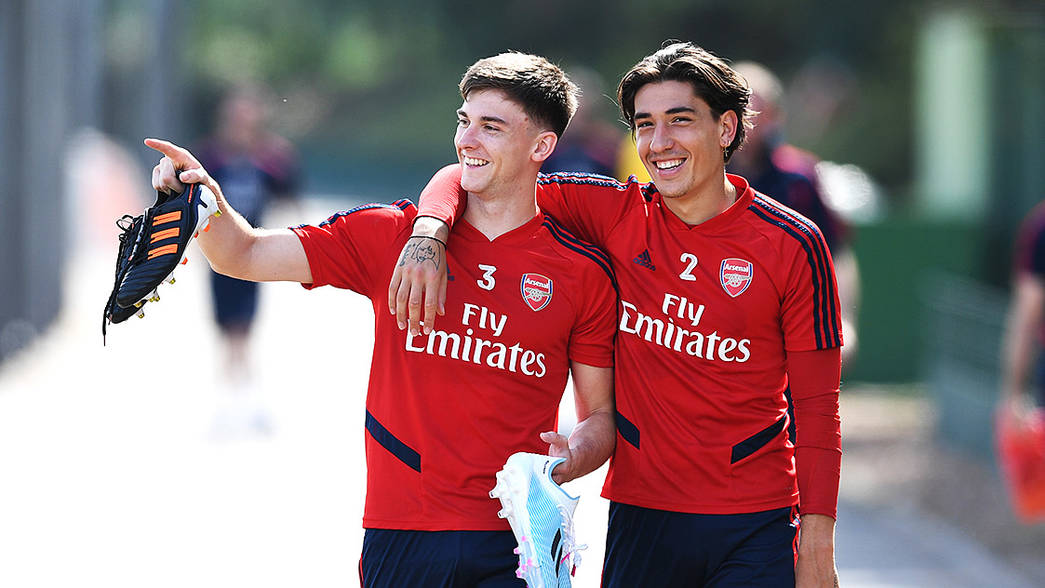 Despite playing in last week’s Carabao Cup win against Nottingham Forest, the two were left out Arsenal’s squad to face Manchester United on Monday night fueling speculation that they may have picked up more injuries.

The rumors grew even further when Teirney was left out of the Scotland team for the upcoming international break. However, speaking to the press on Wednesday, Unai Emery calmed those fears and stated that the two will be in the squad for Thursday’s match.

“Tierney still needs time and confidence, training and playing,” Unai Emery said. “Thursday is a good opportunity again because he is ready to play. He will take minutes, he will take confidence and will be able with us to show also his progress,” the Spaniard said.

Bellerin has been out for nine months with knee ligaments damage and Emery revealed that he still needs time before he can fully feature for the first team but tomorrow should see him earn more minutes.

“Hector Bellerin is the same, but with a small difference. Because he was injured for more time and after a long time, nine months, I think he needed to first play 15 minutes with us last week, perfect, the first minutes. We will decide how many minutes he will play tomorrow after training,” Emery added.

Arsenal is top of the group with 3 points following a comfortable 3-0 win over Eintracht Frankfurt on matchday one.