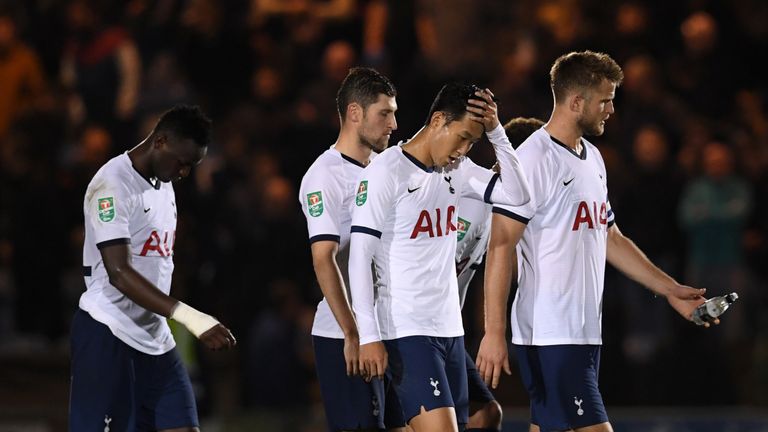 Tottenham Hotspur coach, Mauricio Pochettino has blamed his side’s recent slump to instability in the team occasioned by the uncertainty of some of his key players.

The North London club is winless in its last three games with the latest being the shocking defeat to league two side, Colchester United in on Tuesday night.

The future of some key Spurs players remains uncertain. Christian Eriksen has refused to sign a new deal while Victor Wanyama who was expected to leave the club in August ended up remaining at Spurs after failing to reach an agreement with Belgian club, Club Brugge. Toby Alderweireld and Jan Vertonghen will both be out of contract in the summer.

The uncertainty surrounding their futures has been blamed for the inconsistent run and for the first time, Mauricio has admitted that it’s affecting his side.

“When you have an unsettled squad always it’s difficult and you lose time, then you need time to recover the time you lose. That’s where we are. Maybe our performances are good but you need this extra, which is mental, connection. It’s energy to be all together, not to have different agendas in the squad,” he said after the defeat to Colchester.

He, however, added that his team is trying to find solutions for the problems they are facing.

“We are in a period where it’s a bit tough for us, but we keep working to find a solution. When this type of thing happens it’s about staying clear and fresh and calm. We’re trying to find solutions and we only need time.”